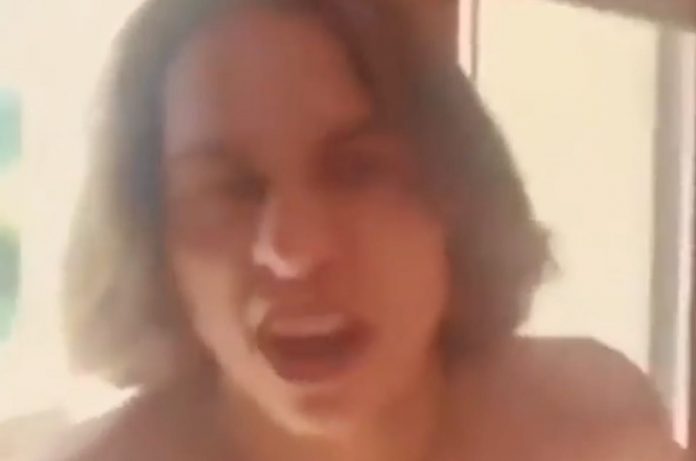 A hilarious video has surfaced of a member of Greta Van Fleet hilariously screaming at a girl, who appears to be a close friend, as she films her first Instagram video ever. An Aerosmith member revealed the bold truth about Greta Van Fleet yesterday.

Greta Van Fleet are currently working on their second studio album, with the producer rumored to be Greg Kurstin, who is friends with Dave Grohl and produced Foo Fighters’ most recent album Concrete and Gold. Kurstin is also a member of The Bird and the Bee, who are currently doing a Van Halen tribute project which featured a performance with Grohl on drums on ‘The Late Late Show with James Corden’ recently.

Surprising remarks from a fired Greta Van Fleet member were revealed over the weekend. Jake Kiszka recently told NME about the band’s second studio album, “There’s a little evolution, I suppose, with everything. We’re working on something quite different, I suppose. It’s interesting, ’cause we never know exactly what an album’s gonna look like; it can only be so premeditated. But as it sort of unfolds now, it’s an example of where we are musically right now. So it’s definitely much different than ‘Anthem Of The Peaceful Army’ would have been.”

Bassist Sam Kiszka added, “I think it’s really the next step in the evolution of what we want to do.”

Jake then said, “Yeah, ’cause now I suppose we have a little bit more leniency on the more outlandish stuff that we wanna do.”

Sam chimed in, “I think as far as the entire intent goes, I think [it’s] just incorporating more sounds, more tones, more styles of music, perhaps, and kind of taking a step in the cinematic direction.”

Jake concluded, “I suppose another question on this album as well was, like, ‘What hasn’t been done and how many rules can we break?’ ‘Cause that’s when you really start creating something unique.” A former Greta Van Fleet manager revealed why Josh Kiszka would be capable of fronting a Led Zeppelin reunion last week.