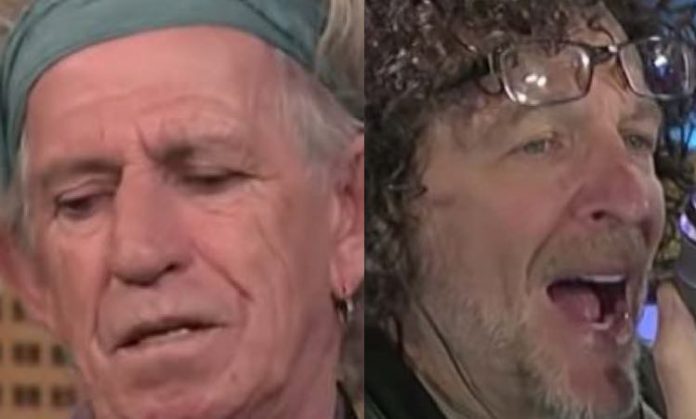 Howard Stern revealed some news that may be painful for his British fans, he can only stand English accents if they’re from The Rolling Stones and Keith Richards, and The Beatles. Stern recently revealed what Paul McCartney did to Keith Richards on a songwriting level.

MarksFriggin.com recapped: Howard said it’s time for news. They played a song parody about Robin to get her into it. Howard said these songs are getting longer and longer. He said they just want to get into the news. Howard said that song is a parody of a real song that broke a record for being in the top 5 for some period of time. He said he finds the song to be kind of ordinary. Robin said she liked the video for it.

Howard took a call from a woman who asked if he’s been watching the show Euphoria. Howard said he hasn’t but his daughter told him he would love it. The caller said it’s right up Howard’s alley. Howard said his kids know him well. He said they know what he likes. Gary said it’s a great show. He said it’s kind of creepy at first but it gets good.

Howard said he tried watching that show Pennyworth but he had a hard time getting into it with the British accent. He said everyone has that accent. He said he doesn’t like that unless it’s the Beatles or Stones. Howard said he has to get into that Euphoria. He said he knows he has HBO or Showtime but he’s not sure how to get to it. He said he’ll check it out. Stern revealed on a recent show what really killed Tom Petty.