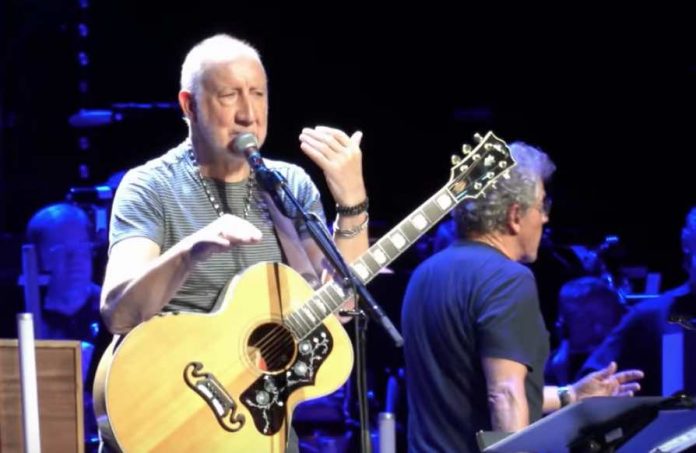 MarksFriggin.com recapped: Robin read a story about Roger Daltrey having to step off stage when his voice went. Robin said they had to end the show. She had some audio of Roger talking. Howard said Roger must have been bummed. He played the clip and Roger announced that they had to call off the show. Robin said he wasn’t able to talk at all. Robin said Pete Townshend had to come out to end the show. Howard said he could sing those songs. He said Roger is a real performer. He said he knows he wants to be out on the road. He said Brent saw the Who at Madison Square Garden and said it was a disaster. Howard Stern dropped a Metallica singer alcohol bombshell earlier this week.

Howard said Pete could have finished that show himself. Howard said he knows Roger likes being out on the road making money because he doesn’t get the royalties from writing the songs. Brent said he’s seen them before and they were great. Howard took a call from fake Roger Daltrey but it didn’t go anywhere so Howard hung up and let Brent go too. Greta Van Fleet recently revealed if The Who need to retire.