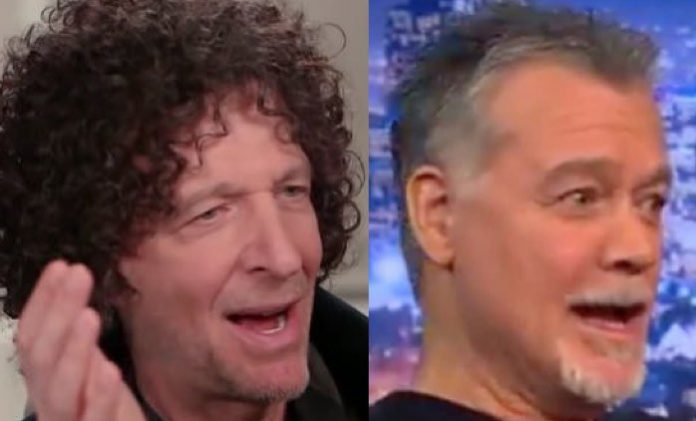 Howard Stern hinted on his show that Eddie Van Halen and Sammy Hagar might reunite on his show on Monday, as he teased that he had a reunited band coming in, which ended up being The Black Crowes. Eddie Van Halen’s wife made a bold disease claim last week, and said it wasn’t cancer.

MarksFriggin.com recapped: After the break they played Alanis Morissette’s ”Ironic” as they were coming back. Howard came back and said he loves this song and Alanis. He asked where she is. He said she had some kind of baby or something. Howard said they have guests coming in later who he never thought he’d see together. He said he suggests that you stay tuned.

Howard said he’s excited about this whole thing. He said he’s not sure how they’re going to do it yet. He said he’s going to see what happens then. Howard went to break after that.

Michael Anthony confirmed a massive 2020 tour with a Van Halen icon a few days ago. After the break they played Van Halen’s ”Jamie’s Cryin” and a phony phone call to a Traido show. They also played Julian Velard’s cover of ”La Cunte Calde,” System of a Down’s ”Toxicity” and a Gary song with Richard Simmons’ voice as they were coming back. Howard came back and said he’s excited today. He said he never thought he’d see what he’s seeing in front of him right now.

He said he’s been quiet about his all morning. He said people think he’s going to have Sonny and Cher in there. He said this is kind of crazy to him. He said sitting together for the first time in who knows how many years are the two founding members Chris and Rich Robinson who started the Black Crowes many years ago. Howard asked what they are announcing. Chris said they are announcing that he Black Crowes are getting together and going on tour next year. Howard Stern reacted to a sad Ozzy Osbourne performance earlier this week.