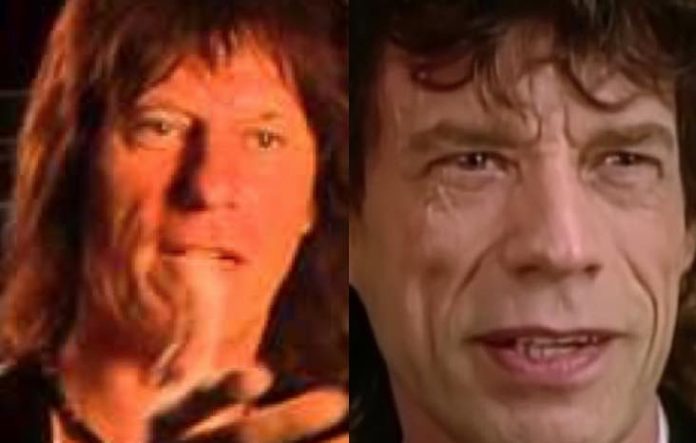 The Rolling Stones singer Mick Jagger being disrespected by Jeff Beck during a private rehearsal concert performance was revealed by Gang of Four’s Andy Gill in one of the last interviews before his death with Flood Magazine. Mick Jagger ‘weight loss’ was just revealed in a new beach photo.

“I am a Stones fan! I am, totally, totally. So I went down there, and it’s Jeff Beck, Mick, Omar Hakim on drums, and I forget who’s playing bass. Jeff Beck was really kind of sneery at me… he gave me the total cold-fish handshake. He was in the middle of an argument with Jagger when I walked in; I think they were having a very big argument about his role in this Jagger solo project.”

Go Stones Go posted about the newly announced The Rolling Stones 2020 North American tour on the Shidoobee forums, “Since 2014, including this summer tour, the Stones will have generated approximately $880M US from touring. That is their legacy. The greatest touring act of all time. As you mentioned, they can release a new album at any time but there isn’t much money in it. For me, the Stones have always been about live concerts. The only band I would spend a weeks, or months, pay on. The only band I would want to see an infinite number of times regardless of the setlist…”

DearDoctor responded, “Maybe we are in for a big shock and we will get an announcement of a new album release date coinciding with the tour. Or at least a few months after with a new single during the tour. That would be a safe way to play it by adding something new but not too much. at this point doubtful but ya never know.”

Mr. Lawyer chimed in, “They should be embarrassed that this no filter tour just keeps going with nothing new to offer…I don’t know about you guys, but standing last year and listening to the same stuff was not that exciting. It’s also a hassle in stadiums and the stage is boring imo..” A KISS icon recently discussed Mick Jagger losing his voice.