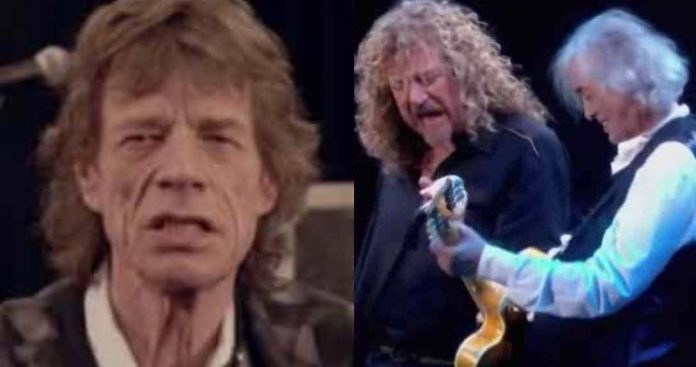 “On this day in 1970, Led Zeppelin were voted Top British Group in the Melody Maker poll.

Mick Jagger allegedly snubbed Keith Richards’ daughter recently. Jimmy Page wrote in another recent post, “On this day in 1965, I was asked to be on a session at Kingsway Studios, Holborn, London. It was for Donovan. One of the songs recorded that afternoon was Sunshine Superman; it was a massive hit in the UK and the US. I got to work with Donovan as a hired hand on a number of tracks on Hurdy Gurdy Man.

In June 2011, I was asked to play Sunshine Superman with Donovan at the Royal Albert Hall. It was a concert of many textures and colours, a tapestry of delights as the Sunshine Troubador showcase his illustrious career.” Robert Plant made a stunning death revelation over the weekend.