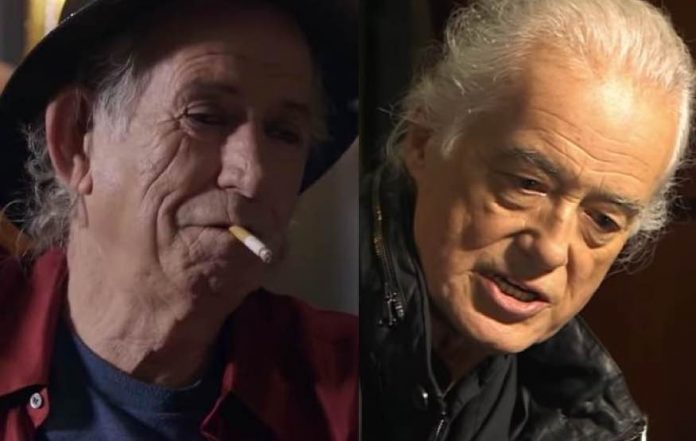 Led Zeppelin guitarist Jimmy Page discussed doing the score to The Rolling Stones guitarist Keith Richards’ girlfriend Anita Pallenberg’s film ‘A Degree Of Murder’ in a new social media post. Anita was dating Brian Jones at the time. Jimmy Page revealed how an A-list female singer made a similar threat to Tool at a concert.

“On this day in 1966, I recorded ‘A Degree Of Murder’ with Brian Jones.⁣ The film featured Anita Pallenberg, the then girlfriend of Brian Jones of @rollingstone He had been contracted to do the soundtrack for the movie and I appeared in quite a number of pieces within the soundtrack.⁣ Photos © 1966 Ian Stewart.”

Keith Richards revealed an emotional ‘last show’ announcement video last weekend. Jimmy Page also wrote, “On this day in 1964 there were three releases: by Brenda Lee, a visiting American artist with ‘Is It True’; PJ Proby with ‘Sweet and Tender Romance’ – another American artist soon to settle in London; and Lulu – a Scottish artist who too settled in London and was something of our own Brenda Lee.⁣
⁣
All three of these songs were recorded in the Decca Number Two Studio in West Hampstead. Many a good recording was made at this location. There was quite a buzz in the Number Two Studio at Decca as Brenda Lee was the first American to come to the Decca studio and try their luck at recording in England. ‘Is It True’ gave me a good opportunity to employ a DeArmond tone pedal. The musicians definitely gave it their collective best that day.” A Led Zeppelin member revealed a million dollar offer he rejected last week.