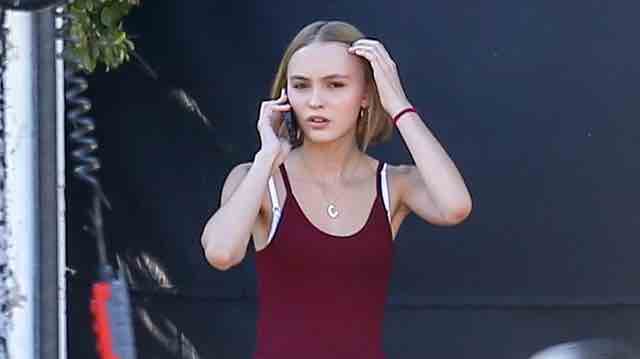 Johnny Depp’s daughter, the tantalizing Lily-Rose Depp is looking elegant, regal, and stunning in this babealicious yet divine poolside photoshoot picture for Chanel. Lily-Rose can be seen wearing a fetching cream-colored top, a Chanel-branded bag, and a bunch of stylish and dashing accessories that are simple, and absolutely bedazzling. Talk about making daddy, who recently saw this A list rock group, proud! The photo can be seen below.

In other news revolving around Johnny Depp, the Pirates of the Caribbean actor recently put out a lengthy statement on social media via Instagram after his legal victory, and so did his ex-wife and Aquaman actress Amber Heard after her legal defeat. Depp would be awarded ten million dollars in compensatory damages as well as punitive damages for his defamation suit. However, in a minor and small legal win for Ms. Heard, she was awarded two million dollars by the jury in compensatory damages. Taking to her Instagram account she would also issue a statement of her own. It read as the following.

The disappointment I feel today is beyond words. I’m heartbroken that the mountain of evidence still was not enough to stand up to the disproportionate power, influence, and sway of my ex-husband. I’m even more disappointed with what this verdict means for other women. It is a setback. It sets back the clock to a time when a woman who spoke up and spoke out could be humiliated. It sets back the idea that violence against women is to be taken seriously. I believe Johnny’s attorneys succeeded in getting the jury to overlook the key issue of Freedom of Speech and ignore evidence that was so conclusive that we won in the UK.

She concluded: “I’m sad I lost this case. But I am sadder still that I seem to have lost a right I thought I had as an American – to speak freely and openly.”