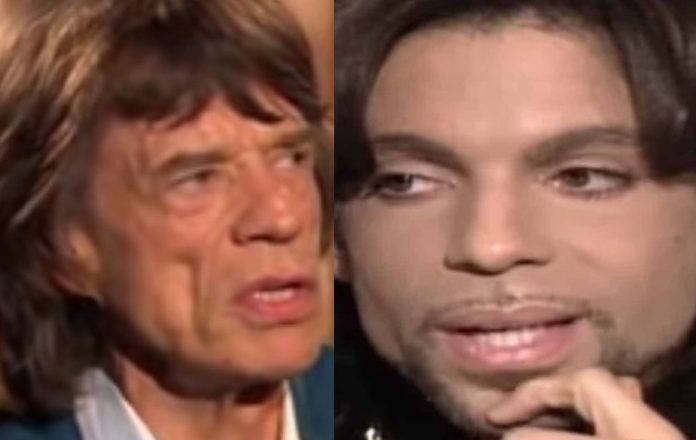 The Rolling Stones members Mick Jagger and Keith Richards appeared to be on a plane to attend a Prince event at some point before he died, according to Jon Ronson. Motley Crue revealed a brutal Mick Jagger coke and rum secret a few days ago.

Ronson said, “I’m going to tell you my Concorde story. Many years ago the UK radio presenter Chris Evans was supposed to go on a private plane to Minneapolis to meet Prince. They had a spare seat and asked me if I wanted it. I said, ‘YES I DO.’

For some reason Chris Evans bailed, so they cancelled the private plane, but they didn’t want to abandon the whole trip so asked me if I wanted to fly on Concorde to meet Prince instead. I said, ‘YES.’

I said, “I’m a PASSENGER.” Anyway they eventually let me on and gave me a certificate that said, ‘I’ve been on Concorde’ or something. I noticed they didn’t give Liam Neeson a certificate. Then the person in the next seat to me sat down. It was KEITH RICHARDS.

Mick Jagger and Michael Jackson being disrespected was recently revealed. Ronson added, “I thought, ‘Shit, I’m going to have to spend the next four hours pretending I don’t know Keith Richards is sitting next to me.’ Then Keith Richards poked me in the ribs and we got talking. At one point (I swear this is my memory) he said, “I’ve done everything, man!”

After a flight issue was announced, which meant they’d have to switch planes, Keith revealed that Mick Jagger was on the plane.

“Keith Richards turned to me and said, “Well *I* don’t care, but I’ll tell you who’s going to be really pissed off. Mick. He’s at the front.” I saw Mick Jagger stand up and look for Keith. When he saw him he gave him a very Mick Jagger wave.

I said, ‘You know how you said you’ve done everything…’ Keith Richards said, “Yeah, well I’ve never flown over Greenland twice in a day.” Anyway, we made it back to Heathrow, switched planes, and finally made it to Prince’s house. It was some kind of record launch.” Mick Jagger’s daughter was ‘busted’ making out with a big name recently.

I thought, "Shit, I'm going to have to spend the next four hours pretending I don't know Keith Richards is sitting next to me." Then Keith Richards poked me in the ribs and we got talking. At one point (I swear this is my memory) he said, "I've done everything, man!"