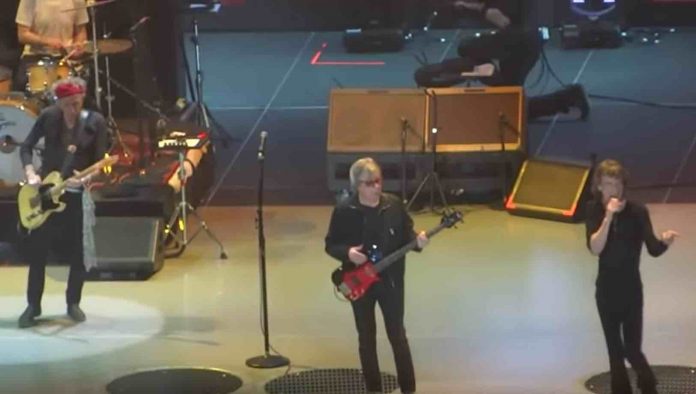 Former The Rolling Stones bassist Bill Wyman was holding a bottle of coke in a new photo posted by the Rock and Roll Hall of Fame to celebrate his birthday. Wyman is 83 years old, and retired from the Stones in the early 90’s. He last performed live with Mick Jagger, Keith Richards, and company in 2012 on the band’s 50th anniversary tour. Mick Jagger’s girlfriend’s stunning weight loss was recently revealed.

Amazon wrote in a description about Ronnie Wood’s new album that he has more records in the works, “Mad Lad is the first album in a trilogy that Ronnie Wood and his band will release in the coming years. Each one of them is a tribute to his musical role models. He chose Chuck Berry for the first album because he was not only a lifelong fan and toured with him, but also to commemorate his sad death over two years ago.”

Wood’s bandmate Keith Richards nearly dying on a plane was recently detailed as well. Wood added, “The album will be released on the occasion of the tribute of Ronnie Woods at the premiere of Somebody Up There Likes Me at the London Film Festival on 12.10.19. The detailed documentation by director Mike Figgis sheds light on Ronnie’s life both in the Rolling Stones and in the art studio. The film will be released in spring 2020.”

Wood has also announced a new solo show, “By popular demand! Ronnie will be playing the Manchester Opera House on Wednesday 27th November. Tickets go on sale this Friday 25th October at 10am. Tap the link in the bio.

Ronnie’s fans get the chance to get the best seats in the house first! To be eligible for the fan pre-sale, just pre-order his upcoming album MAD LAD. If you’ve already pre-ordered the album you’re already eligible!” Howard Stern recently revealed if The Rolling Stones are ‘finished.’