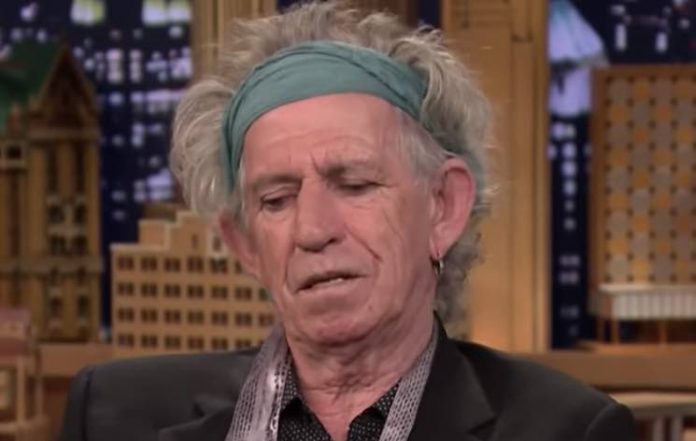 The Rolling Stones guitarist Keith Richards wrote an emotional note to jazz legend Sonny Rollins to celebrate his 88th birthday over the weekend. Rollins has not performed in public since 2012 due to recurring respiratory issues.

Richards said, “Very special greetings to you, on this day. Gold rings on you!! One love, Keith.”

Richards’ The Rolling Stones bandmate Mick Jagger made some bold political remarks with Donald Sutherland at a film premiere yesterday, and fans reacted to the remarks on the IORR.org forums.

Kurt posted, “Miami was the last US show…confirmed. If Mick is talking this way then it’s all over now. We will definitely NOT be seeing The Rolling Stones tour the USA ever again.”

Doxa responded, “Nope. Business as usual for Mick. Once he reflected what he saw during American Tour and came up with “(I Can’t Get No) Satisfaction”. Now he is writing his new masterpiece song “(I Can’t Get No) Climate Change Action”… One of those Keith’s ‘three dynamite riffs’ finally put in use…

Besides, if it is the ‘America First’ people who feel offended here, what he says of the recent administration is just a continuum for his Trump jokes during the tour. Shouldn’t come as any surprise what he thinks of the man and of his administration.

There was a time when political leaders were worried about the bad behavior by rock stars a’la Jagger, and what they do for our culture. Now it is the other way round… O tempora, o mores…winking smiley

But remember the context. This was, after all, a press meeting. Damn good publicity by Mick and Donald Sutherland for a rather low profile film…” Mick Jagger being brutally hit at a The Rolling Stones show was recently revealed by a fan.