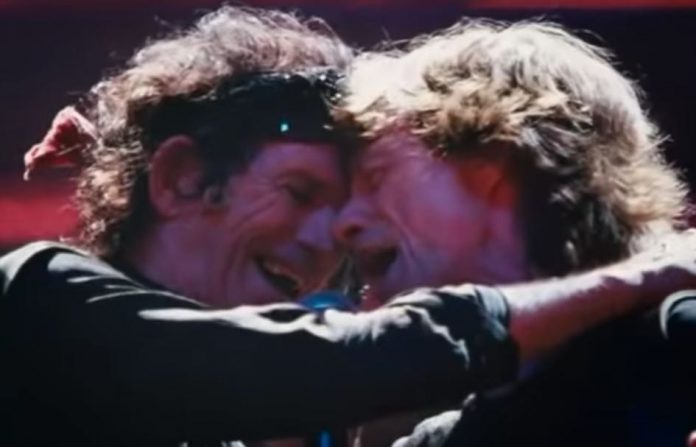 The Rolling Stones guitarist Keith Richards was not too pleased with his then girlfriend Anita Pallenberg starring in Donald Cammell’s ‘Performance’ as Mick Jagger’s lover, and according to a brand new New York Post article even thought they were having an affair. Howard Stern just dropped a Keith Richards ‘disease’ bombshell.

Jagger had never acted and received lessons from then girlfriend Marianne Faithfull, who couldn’t be in the film because she got pregnant. Pallenberg then got the role as Jagger’s lover, and she was pregnant as well, getting an abortion so she could do the extensive lovemaking scenes with Jagger.

According to the Post, there were huge rumors of Jagger and Pallenberg having an affair, and Richards supposedly had the set’s drug dealer keep tabs on them, with neither party denying the ‘cheating’ claim.

Mick Jagger revealed a big name Keith Richards ‘replacement’ for a tour in a new article. The Rolling Stones are set to tour North America next year, and a fan named JohnJackField just posted a ‘horror story’ about buying tickets on Reddit:

I sat eagerly at my desk at work on the ticket master website waiting for tickets to drop, I had throughly planned everything out, in a separate window my Credit card info awaited so I could copy and paste as needed.

0 Minutes before Presale. I imminently Jumped into the queue, 2,000+ people were ahead of me, I thought I’d have to wait for an eternity

10 Minutes After Presale. I finally got into the ticket buying area, I tried selecting seats, only for a message to read “Another Fan has Already claimed these seats”

“Oh well” I said to myself, “there’s many more”

But there weren’t, every time that message would pop up, at least 5 ones I selected seats only for my hopes to be Crushed. But then I Finally Selected Seats and they were Mine! I thought the Hard part was over,

Little did I know, it wasn’t.

I went to checkout 7 minutes on the clock put in my address, my Name, phone number, yada yada, but when it came, I filled out my Credit card info, only for it to be denied, I looked it over and tried again, DENIED, Then, I noticed, something Odd, the only Payment option was American Express, I don’t have American Express and it was an Mercian express PRESALE, I FREAKED OUT At this point my stomach sank to my feet, I couldn’t breathe, my world was gonna crash and I wouldn’t be able to buy those tickets. I Had a thought, I stood up from my Cubical and yelled out to my fellow co workers

“Does anyone have American Express” I Yelled “I Will pay you back” my friend, (ironically named Keith) said he did, he gave me his card and I quickly put in my info with Less then 30 seconds on the clock, I got the tickets, through myself back and let out an audible sigh, I turned around, at least 10 people were behind me watching, My Victory was their Victory, gotta love my co workers and gotta love the stones! You can read the full New York Post article on Mick Jagger’s ‘Performance’ film.