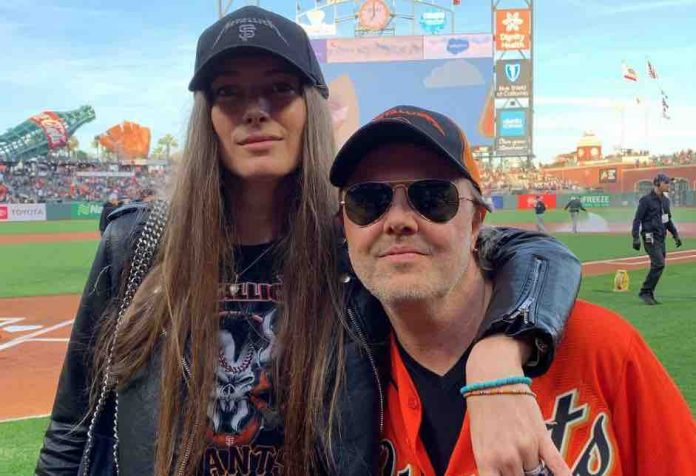 Metallica member Lars Ulrich‘s wife, Jessica Miller is ready to sweat to out and work it out as she took to social media via Instagram to highlight this sexy and stylish workout outfit as she showcases her seductive ‘plant-based body’. You can view the photo below! Lars Ulrich’s wife gets wet in Metallica pool photo.

In other Metallica and Lars Ulrich news, fans took to social media recently to revisit one of Ulrich’s biggest contributions and one of Metallica’s most classic albums – the group’s self-titled album, affectionately known as ‘the Black Album’. One fan wrote: ” Continued great masterpiece produced by one of the finest metal bands in the world. The Black Album is inarguably one of Metallica’s best and my personal favorite behind Master of Puppets. However, many parts of the songs sounded with great contributions made by Jason Newsted. However, he only received songwriting credit to one song: My friend of misery. It really marks Jason’s debut in Metallica because of the hazing and contempt folks have shown in And Justice for All which resulted in an almost zero bass album, or in other words, no bass album.” Lars Ulrich’s wife bends over at beach in Metallica photo.

While another fan put: “Love this album especially because it has my favorite song in it. Enter Sandman. I play that song over and over once I played the song over and over for over three hours. I’m a big Metallica fan so I can hear their music for about eight to nine hours straight. Great heavy metal music the best. If you are a heavy metal fan and you think this album stinks. Then there is something wrong with you.” A Metallica icon revealed an ‘overweight’ Lars Ulrich photo not too long ago.