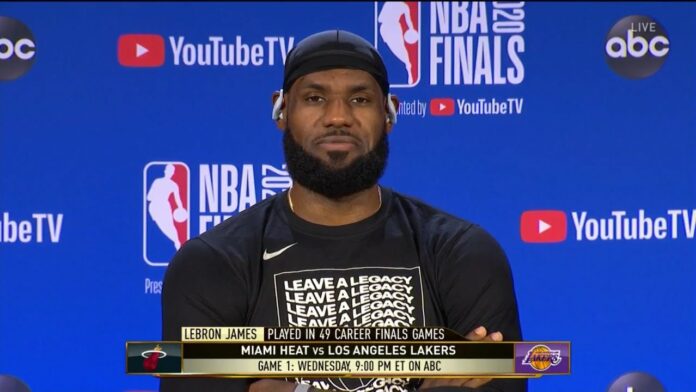 LeBron James presented an alternate “Thursday Night Football” broadcast of the Packers-Titans game on Amazon, and the Lakers forward had some thoughts on Green Bay, Lakers Nation reports. While speaking with other members of The Shop, James questioned the Packers’ roster construction, claiming that more components should have been placed around quarterback Aaron Rodgers.

When you have a transcendent, franchise player, quarterback, like Aaron Rodgers…why won’t you surround that, when you’ve got the picks to maximize what he can do.

Rodgers’ relationship with Green Bay has been tumultuous in recent years, as the quarterback hasn’t always been pleased with how the organization has opted to build around him. The Packers’ failure to invest on offensive weapons early in the draught has produced some problems. However, after agreeing to a four-year agreement in the summer, the two sides are dedicated to one other long-term.

Meanwhile, James is part of a Lakers team that is off to a sluggish start after missing the playoffs for the second time in four years with James. Starting the season 3-10, the Lakers hold the league’s third-worst record.

Paul Rivera “Are we still talking football or are we talking basketball” pic.twitter.com/SoxIEvKTAp

Despite winning its previous two games, Los Angeles’ 4-10 record is the fourth-worst in the NBA. Many Lakers fans have become frustrated and want executive Rob Pelinka to make a trade, any move, right immediately. Still, the franchise has repeatedly stated that they want to be patient and let things develop before making any type of deal.

What do you make of these thoughts? Sound off in the comments.