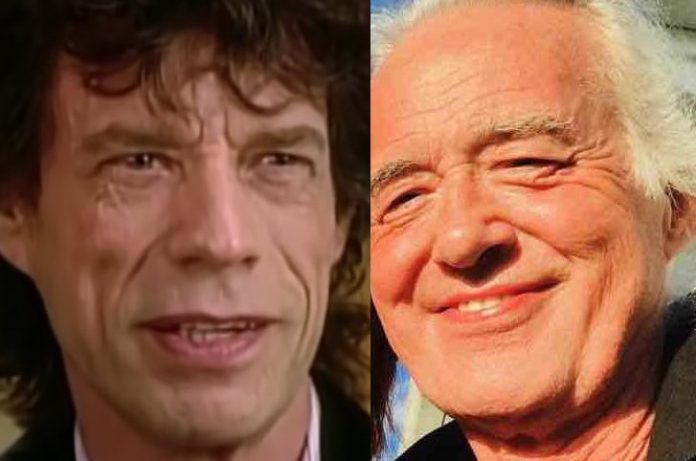 “This is how it worked. As part of Bob Geldof and the Boomtown Rats, I toured with them when I was starting to work with Queen. At the end of the European Works tour, the Band Aid single [‘Do They Know It’s Christmas?’] came out in Christmas 1984 and was a huge hit. I then went back with Queen to do Rock in Rio. Then there was another gap and I did some English dates with the Boomtown Rats. It was March or April 1985. We were playing the Band Aid song every night to finish the set. In fact, we were collecting buckets of coins to put towards the cause every show.

During the course of that tour, I sat on the bus and Geldof said to me, ‘I’m going to do a concert and have all these bands: Led Zeppelin and this that and the other.’ I said, ‘And how is this going to work?’ He said, ‘We’re going to have it in London and America.’ I said, ‘It’ll never happen. It’s too mind-boggling a thing to put together.’ He was insistent it would happen. He said, ‘I want you to ask Queen for me.’ I said, ‘Why don’t you ask them?’ He said, ‘If I phone them up and make a big deal out of it and they say no, it’ll just piss me off.'”

Edney then said he asked Queen to perform at a band dinner, and they were very interested in playing. Edney made the comments in a Rolling Stone interview. Jimmy Page recently discussed snubbing John Paul Jones with Robert Plant.

The Rolling Stones announced on Thursday, “Due to the weather forecast, the Rolling Stones Hard Rock Stadium show scheduled for Sat Aug 31 has been moved to tomorrow night, Fri Aug 30. All tickets will be honored for the new date. There will be no opening act-doors will open at 6PM ET & the Stones will go on at 8:30PM ET.”

Mick Jagger wrote on Instagram, “We’re sorry for any inconvenience caused by bringing the Miami show forward. Friday is the only clear day for awhile and we still want to play for you, rather than have to cancel a show. Hope to see you there!” Mick Jagger was savagely rejected at a restaurant in Beverly Hills last week.