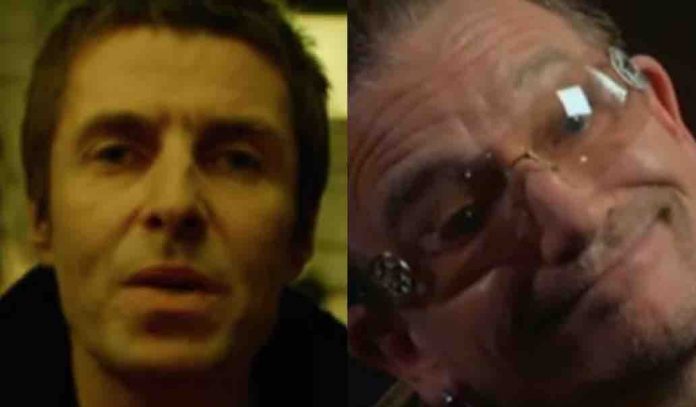 We recently reported Liam Gallagher‘s brother, Noel, attended a wild late-night party that was held at the Clarence Hotel last week. The party was put together by U2 frontman Bono and the band to help celebrate the anniversary of the establishment which Bono owns.

We can now report that Liam Gallagher the other half of the legendary Gallagher brothers is sending a shockwave through social media as he took a jab at acclaimed Irish-based rock band.

Liam Gallagher proclaimed U2 to be: “Worst RnR band ever”. You can view the full tweet below. Liam Gallagher took this brutal shot at Eddie Vedder last month.

In other news regarding Liam Gallagher fans have taken to social media to react to his latest album ‘Why Me, Why Not.” One fan reviewed: “What can I say? This is magnificent. As a singer-songwriter and music producer for 10 years, these lyrics are meticulously precise, crafted beautifully. When you listen, you just hear very high quality all around. The music value and production for the price of the album is so ridiculously good for the price, you’re really getting your bang for your bucks worth!”

The reviewer continued: “Liam’s vocals on here are some of his best vocals he has ever performed in any given song. I’ve listened to very early stuff like Definitely Maybe and even Morning Glory, and go to Why Me? Why Not. and I’m immediately blown away and simply impressed with how much musically he has developed his technique. He sounds so much more pitch-perfect and vocally trained than ever before. His harmonies and vocal melodies, even his delivery, highs and yes! Even ‘lows’, sound really great. I honestly would prefer this Liam Gallagher any day of the week!”

Liam Gallagher also savagely mocked Smashing Pumpkins tour earlier this year. The reviewer finished up by saying: “Yes this is a really, really good album! Once feels so nostalgic and it was literally just released that how amazing the writing and vocal delivery it is! I mean it’s literally one of the best songs I’ve ever heard by Liam Gallagher! Wow. Misunderstood is simply fantastic and beautiful. Meadow is a very well written, high-quality Beatles, Sgt. Peppers John Lennon vibe. The flanger effect or chorus effect on his vocals sound excellent and gives a lot of atmosphere! Lastly, the lyrics on Alright Now is literally a 10 out of 10. The storytelling, the instrumentation selection, the never-ending new lyric line after new lyrics line is wonderfully surprising and really creates a feeling of impression and draws focus.”