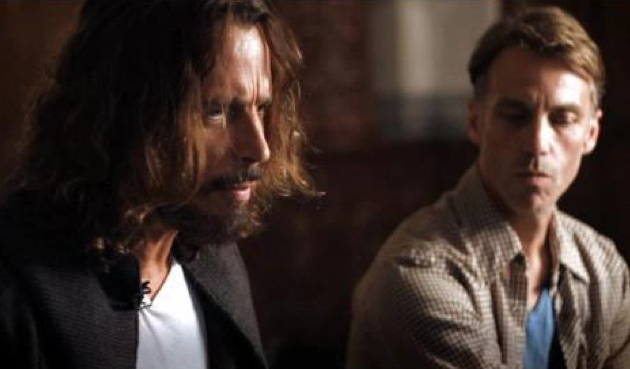 Soundgarden drummer Matt Cameron has responded to the band being snubbed from the Rock and Roll Hall of Fame. Eddie Vedder’s wife just reacted to a fan insulting Chris Cornell’s widow.

Cameron said, “Maybe next year. Thanks for all the love Soundgarden fans, we feel it and we appreciate it!”

Pearljammr78 posted on the Ten Club board, “Think about this. Soundgarden, DMB were overlooked for T Rex and Notorious BIG. I love BIG but he put out three albums if you count the double album as two. And that double album is a lot of filler. Plus any inclusion of P Diddy on the album is a huge strike against. One of the best singers and bands in Soundgarden and the powerhouse and consistent band that DMB is. No Maiden? Pathetic as always. Shame on the Rock Hall.”

Mrussel1 responded, “I’m okay with Biggie because he was very influential to that genre. It’s not like Nirvana had a 30 year catalog either. It’s the fucking DOOBIE BROTHERS that bugs me. C’mon.. does anyone LOVE the Doobie Bros? Do they sell out stadiums? Are Kansas and Styx up next? Michael McDonald’s best work was singing backup for the Dan on Aja!”

Dissilluzion said, “I was very vocal early on about their constant begging for us to vote daily, and was chastised for it. I had to snooze my DMB fb groups because that’s all it was there, too. Not that I care what other people think, but everyone going crazy about the fan vote which counts for one-tenth of a percent was quite annoying.” Chris Cornell’s widow recently unloaded on an Eddie Vedder wife claim.