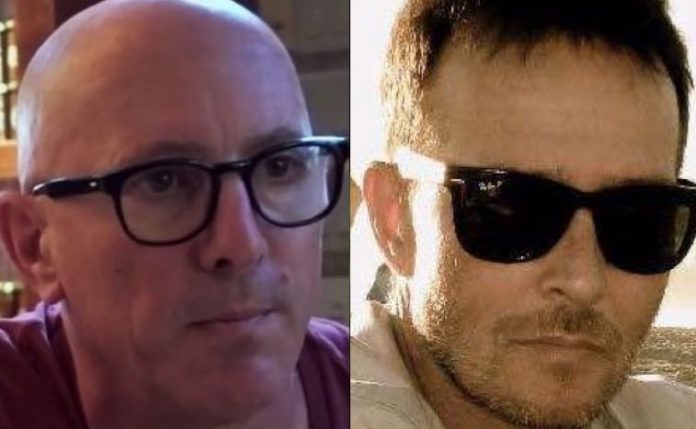 “The tracking part of Maynard, I actually went down to Arizona with Mat Mitchell, who is in Puscifer, and he had been doing some demoes with Maynard ahead of time. I would feed them rough mixes as we progressed, and then Mat would drop down there, and they would work on stuff. Then Mat and I went to Arizona. Maynard loves the blue bottle, the big mic, that was his main chain through a 1073 with an 1176, and I brought down some alternate chains that I set up.

Billy Corgan revealed earlier this week what he really thinks about the new Tool album. Barresi added, “I had a 67, which is a classic, an SM7, you get right up on it, never blow it up, a couple little handheld mics, a megaphone, things like that. He would sing his parts, and I would comp at night, come back the next day, maybe tweak a few things. But having the ability to change frequencies basically, and not the same microphone.”

Scott Weiland told Rolling Stone magazine in 2012 that he envisioned himself simultaneously fronting Stone Temple Pilots and Velvet Revolver like Maynard James Keenan has done with Tool and A Perfect Circle. This was when Weiland was still with STP, and had just done a Velvet Revolver one off reunion benefit show. “Yeah, I definitely would, some time,” said Weiland at the time. “If Maynard [James Keenan] can do it with A Perfect Circle and Tool, then there’s no reason why I shouldn’t go and do it with both bands.” Slash quickly rejected the idea of a full scale Velvet Revolver reunion, and STP fired Weiland in 2013, and he sadly died in December 2015 before he could reunite with both bands. Stone Temple Pilots revealed an unheard Scott Weiland ‘Purple’ song a few days ago.