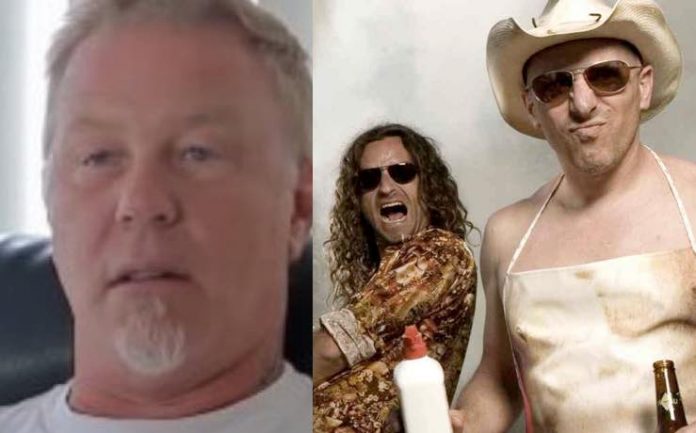 Tool bassist Justin Chancellor revealed that late Metallica bassist Cliff Burton was one of his biggest influences before his tragic death in a bus accident in 1986. He made the comment on Ernie Ball’s Striking a Chord podcast. Billy Corgan recently revealed if he hates the new Tool album Fear Inoculum. Maynard James Keenan and Tool are set to tour their new album later this month.

“It sounds like a cliche, but Jimi Hendrix had a huge influence on me. I loved the freedom in everything he did, just uncompromising openness of his playing style. There’s no worry about sounding perfect, it’s all about pushing boundaries and just feeling the moment, I find that really inspiring.

Bass players, most of them have passed away. I mean, Jimi’s gone, but Cliff Burton was great. When I was a kid, I was fascinated by that. Phill Lynott from Thin Lizzy, amazing. There was a band called The God Machine, when I was, like, 21. Jimmy Fernandez, he was amazing, he’s gone as well… Eric Avery, Jane’s Addiction bass player… I mean, there’s so much music that I like.

I like indie music, I like all kinds of stuff, probably less of the heavy stuff. I’m into Behemoth at the moment, I met those guys recently – it really makes a difference when you meet people. I like Wolves in the Throne Room, I like some of that really heavy stuff – I guess people call it black metal, I’m not concerned with categories, really, I think it’s kind of stupid.

[I love] tons of different stuff. Wolves in the Throne Room, they were really, to me, they sounded like Mogwai, just expansive sonic stuff, and I think we get to do that in Tool as well a little bit, real atmosphere. I mean, I think that’s the difference, we’ve been afforded that privilege in Tool, to do a bit of everything.”

Tool’s producer unloaded on Fear Inoculum haters over the weekend. Black Sabbath guitarist Tony Iommi wrote a message of support to Metallica singer James Hetfield after he entered rehab earlier this week. “My best out to James Hetfield,” he wrote.

“You’ve done the right thing seeking help — I’m thinking of you my friend and wishing you all the very best on your recovery. Looking forward to seeing you back at your best very soon. Your pal Tony.”