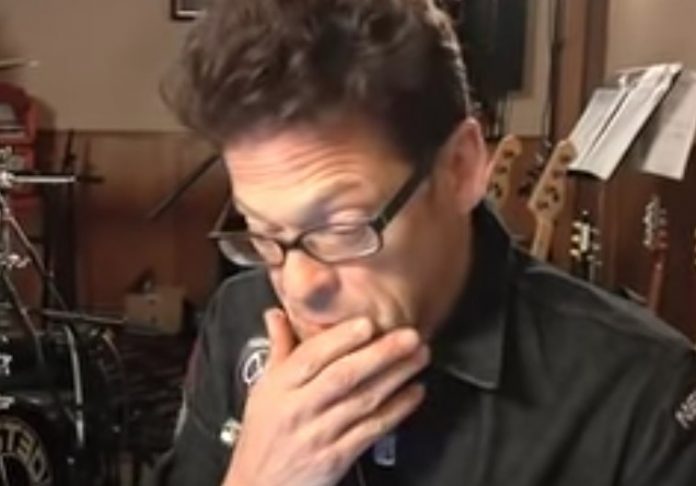 The account for the venue wrote via Twitter:” Back by popular demand! A widely-regarded multi-media artist and former Metallica bassist, come see Jason Newsted and the Chophouse Band rock the house on February 15th, 2020, from 6:30-8:30 pm! Advance tickets $10 per person. Tickets are already selling fast, so get yours today!”

In other news regarding Jason Newsted and Metallica, fans recently took to the Metallica subreddit for the group to revisit the anniversary of Newsted’s departure which took place nineteen years ago to this date. One fan wrote: ” [It had to do with] Echobrain. James was pissed that it would conflict with what they were doing. I think James struggled the most with Cliff dying and Jason, no matter how loved he could be, was the one who bore the brunt. James has hinted as much over the years. So when J. Newsted wanted to spread his wings, James wanted to clip them further than they already were and Jason was just done with it.

Jason Newsted rejecting Metallica money demand leaks.  The user continued: “You also have to remember, these guys had been touring incessantly for 15 years plus at that point [with Jason, even more before with Cliff], so they were often in one another’s face. They loved each other like brothers, and I think they still do, it was just a shit storm. Had they stepped back and taken off a little time, he’d likely still be there.”

Metallica Singer James Hetfield ‘Getting Out’ Of Rehab Leaks.  While another Reddit user responded: “And decidedly made the worst decision all told, all the stuff he’s tried musically since with all of that freedom to do what he wanted without restrictions has fell flat on it faces: Echobrain: never really got off the ground, Newsted: done after one album, you would think with his constant want to put out his own projects and that love of music that he’d be putting out more material than he ultimately ended up doing. It’s just odd given the mindset he had about pushing his own stuff out he kept harping on about.

Tickets can be purchased HERE

Back by popular demand! A widely-regarded multi-media artist and former Metallica bassist, come see Jason Newsted and the Chophouse Band rock the house on February 15th, 2020, from 6:30-8:30 pm! Advance tickets $10 per person. Tickets are already selling fast, so get yours today! pic.twitter.com/HrYdbpbtdt