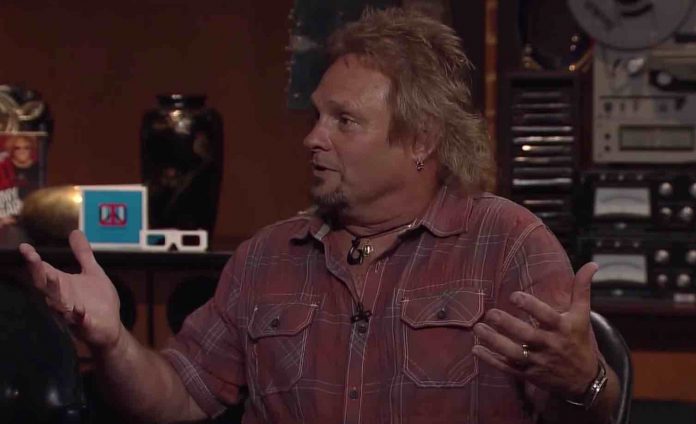 Former Van Halen bassist Michael Anthony (whose firing was just detailed), recently revealed a ‘welcome back’ photo. He said, “Always get that great reception when we return to our favorite resort here in Cabo! #sammysbdaybash #Caborocks #herewegoagain #partytime.” He added, “I’m ready!”

Extreme’s Nuno Betancourt posted recently about Eddie Van Halen, who uploaded a fat video after cancer rumors, “What is a true American Hero? What makes a true American hero? Better yet… Who, literally, made not only the last American Hero, or ‘Last Guitar Hero’? Actually, Guitar Hero doesn’t cut it. Humbly, Someone like myself and quite a few others Have been called that. No, we’re talking about a ‘Guitar God.’

Since the beginning of electric guitar, There have been very few. They don’t just influence guitarists, They change the instrument, forever. Their impact on music culture is that of a meteor plowing into the planet. It’s felt globally. Shaking, Changing the game.

Why am I going on and on about this? Because sometimes to birth an American Icon… the motherland is not always American soil. The woman pictured here… I just landed in her motherland. The island of Java. Indonesia. It was the centre of powerful Hindu-Buddhist empires, the Islamic sultanates, and the core of the colonial Dutch East Indies.”

“Being that the Dutch had a massive presence here paints the backdrop for this story.
A talented, Dutch, Jazz musician came half way around the world to Java to perform.
While he was here, he met the girl in the photo. He fell in love with this Indonesian girl. Then, boom, a bomb went off in Hiroshima and that pretty much signaled the end of the 2nd world war, ending the Dutch Province and Indonesia reclaiming their independence.
This Jazz Saxophonist had to make a choice, stay in Indonesia under new political rule or head back to Holland.”

A Van Halen member allegedly knocked out his bandmate in a new story. Nuno added, “He headed back, but not without his love, Eugenia, who he would Marry. Why does this all matter? And why does it fascinate me? Because this love story went from Indonesia to Holland and finally, Pasadena California, and would birth, who to me, is the G. O. A. T. Edward Van Halen.

As I look out my hotel window, I imagine Jan Van Halen In that lil jazz bar a lifetime ago. It blows my mind. And even more importantly, it reinforces, once again, that being an American is to embrace all of our beautiful diversity, celebrate what makes us different from each other. Instead of fearing those differences. We have so much to share as a country.”