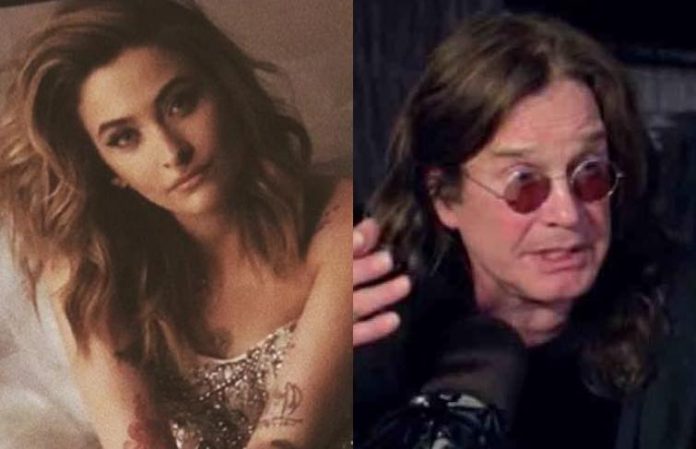 Jackson tweeted, “‘Do you wanna wear your Ozzy sunglasses?’ ‘Those are Lennon glasses you uneducated swine.'”

Hellinskey posted on MetalSludge.TV about Ozzy Osbourne possibly canceling his tour again, “I have a ticket for a show that has been postponed by about two years, so I’m not expecting much. All might get cancelled.”

Ech responded, “Why doesn’t he cancel the shows now? He must know there is no way he can perform. He was barely able to sing or move a quarter of century BEFORE being diagnosed.

I think he genuinely loves to be on stage and is trying his best to hang on to that last string of hope that he’ll be well enough to do it again. Of course, he won’t. But retirement kills. It ages you and kills you. If he gives up, he’ll die within a couple of months. I think that’s a big part of the motivation. This feels like Lemmy’s last couple of years. The guy is not long for this world.

Despite all of his shortcomings (the main one being his wife), I love Ozzy. Most of us do I’m sure. It’s very sad to see him like this and it’s going to be very sad when he goes.”

Peter Crisp wrote, “Me and the lady were walking by the big arena the other day and there was an ad for Ozzy on the screen.

She said “‘Ooooh Ozzy, I want to go!’ And I just laughed. The merciful and kind thing to do is keep him off the road. For God’s sake, do a residency or a few festivals. Keep Ozzy close to home and his own doctors.”

OzzyRulz777 chimed in, “I love Ozzy but he should not be touring. If he wants to do one offs whatever but it would be better for him just to retire but I know it won’t happen.” An Ozzy Osbourne bandmate recently announced a terminal cancer death.