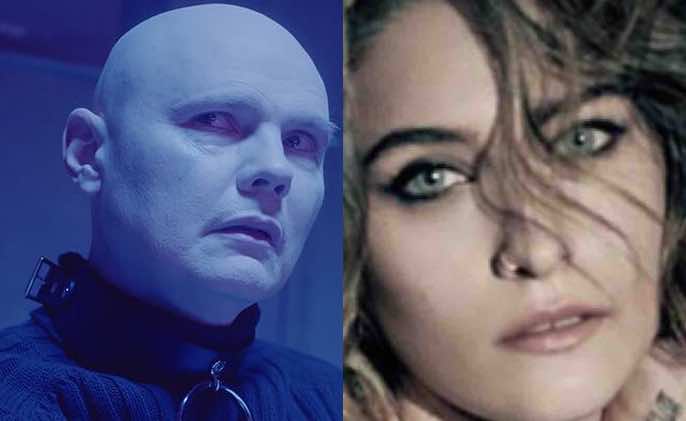 Jackson also recently tweeted a line from The Smashing Pumpkins song “Bullet With Butterfly Wings,” but changed the lyrics to be about Jimmy Page. She said, “🎶Despite all my rage i am still just n̶i̶c̶h̶o̶l̶a̶s̶ ̶c̶a̶g̶e̶ jimmy p page 🎶.”

Eddiebucket responded, “I think it is a solid effort that has approx 4-5 too many songs. However, what came into existence in the form of several songs here has added to the catalogue beautifully.

Specifically (others may disagree) the following are excellent:

Cotillions (I even sent a message to Billy and Linda to consider a Music Video, and they both responded as if it would happen….we shall see.

To Scatter One’s Own (See: Oglala or the renamed Ogilala as the connection to the ‘17 solo album….at least in title)

Fragile, The Spark -seeing this live in LA at his first solo show blew me away and the album was a damn near facsimile of what I witnessed live in both the intimacy and intensity.

There are others I like as well, but the aforementioned 3 songs above are beautiful works of art that make me proud to be a WPC solo fan.”

Jhonn0 commented, “He did make it specifically as an americana/folk/country album, so yeah it sounds country. I always liked Billy’s / SP’s acoustic songs (a few of those songs from the 90s have a certain country vibe to them already), so I have no problem with the style, and generally I think it’s a fine album with some great songs on it. I bought the CD and all.

But I do think it’s a bit long for what it is (down to 10 or 11 songs would have been perfect) and some of the lyrics at times are too over the top to follow. Not necessarily that they’re obtuse, but moreso that sometimes it sounds like he’s cramming too many big words into a line that the cadence and melody end up sounding forced and clumsy. I think his other solo album Ogilala was much better.” Billy Corgan recently unloaded on a vicious Courtney Love insult.