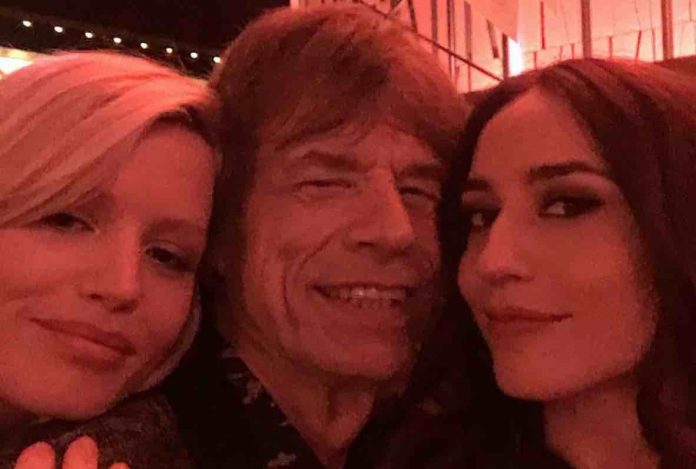 The Rolling Stones singer Mick Jagger‘s daughters Georgia May and Lizzy wore schoolgirl outfits at a recent fashion show, and they looked beautiful! Lizzy and Georgia May are the daughters of Mick and Jerry Hall, who is now married to Rupert Murdoch. Lizzy is 35, while Georgia May is 27. Mick Jagger being ‘booed’ by fans was just revealed.

Lizzy Jagger wrote, “Always love walking for @tommyhilfiger #TommyNow #TommyXGigi in #LFW with @georgiamayjagger.” Georgia May Jagger recently wrote about climate change, “It’s about to be a New Year and these lovely people are leading the charge to Turn the Tide on the Climate Crisis. @projectzero. Follow Project Zero to learn more about how to get involved. Together we can make massive impact. #TurnTheTide @poppydelevingne @Caradelevingne @KateMossAgency @PoulterWill @ChrisSmalling @RitaOra @pixiegeldof1 @ronniewood @bernardfowler @tyrone_wood.”

Rocky Dijon discussed new The Rolling Stones album rumors on IORR.org a few days ago, “Soldatti’s source at UME stated there was a session booked in December. Many folks have heard that, not just repeated it. A month ago a few folks heard the session started in mid-November. It was said to be in L.A., but Mick, Ronnie, and Don Was were in London at the time the sessions were supposedly beginning. Mick is still in London. Sources don’t really matter until there is confirmation from the band.

Look at it this way, with crap sites like Alternative News quoting posts from IORR left and right, if you were the band, would you confirm the state of the album or would you put a tighter lock on security? They’ll update us when they’re ready. It will either be the news we’re waiting for or more scripted talk about ‘early stages, still molding the clay, too soon to know what it is yet.’ Personally, I believe they’ve resolved to release an album with the tour next year. You know, the tour they haven’t announced yet either.” Mick Jagger ‘abandoning’ The Rolling Stones was also revealed a few days ago.