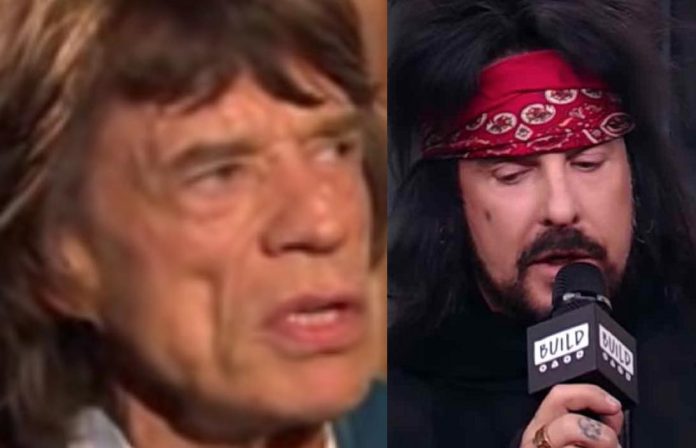 Motley Crue bassist Nikki Sixx discussed getting rum and coke for rockers like The Rolling Stones singer Mick Jagger when he worked at a club called the Starwood when he was younger. Alternative Nation transcribed his comments from the ‘Worst Firsts’ podcast with Brittany Furlan. Mick Jagger failed to pay a bill in a photo that surfaced last week.

I was sort of like a runner, and there was a guy named David Forest there who ran the place, and that was all, if you’ve ever seen anything with the Wonderland killings and Eddie Nash, and that whole thing, that was the whole group. I was just really young, I was 18 years old, and they’d tell me to go and pick up a brown envelope on Selma Ave. on the corner.

Basically, lots of powder let’s say. Then I’d go back, and Mick Jagger would be backstage, Bebe Buell would be backstage, all these people. They’d be like,’ Hey kid, go get us some rum and coke.’ It’s weird, well I never told them that I used to get them coke. I guess they know now.” A Motley Crue icon reacted to a small crowd at a record signing yesterday.

The Apple Music description for the episode states, “In the first ever live ‘Worst Firsts,’ Nikki Sixx of Motley Crue fame joins Brittany from the Studio71 stage at Los Angeles Comic Con 2019!

Nikki tells Brittany and the audience about his ingenious money-making light bulb scheme, how he lost his virginity on a babysitting gig, and, of course, tons of Motley Crue stories including their rough start with a no-show performance and crazy naked fans breaking into their cars.” A Motley Crue member revealed what he did to a babysitter earlier this week.