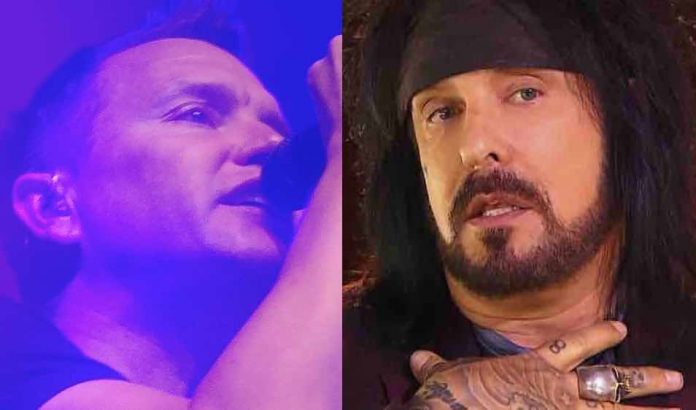 There was a tragic shooting on Saturday in El Paso, Texas at a Walmart that killed 18 people, and Blink-182 ended up getting caught up in the chaos of the day, as they were in town to perform. Motley Crue bassist Nikki Sixx also offered his support. A member of Motley Crue revealed a brutal Robert Plant secret yesterday.

Blink-182 singer/bassist Mark Hoppus said in a series of tweets, “We are locked down in our hotel in el paso. over the intercom system they just announced that there are reports of another active shooter directly across the street at a location different from the first shootings.”

We were leaving breakfast when our security texted that there was an active shooter at the mall we were headed to. saw dozens of police cars on the freeway and surface streets. helicopters. we got back to the hotel and turned on the news to see what was happening.

Then the intercom said there are reports of another shooting across the street at the Bassett Place Mall. I don’t see or hear police or helicopters so hopefully it’s just an over abundance of caution and someone got the malls confused. so terrible.

Update: Police confirm report of a separate incident at Bassett Mall is incorrect. we are still in our hotel. federal agent at the door to the building.”

Nikki Sixx then tweeted, “If you live in the El Paso area please donate blood to help save the lives of the victims from this horrible mass shooting today.”

If you live in the El Paso area please donate blood to help save the lives of the victims from this horrible mass shooting today. https://t.co/qb3BmB4oVk