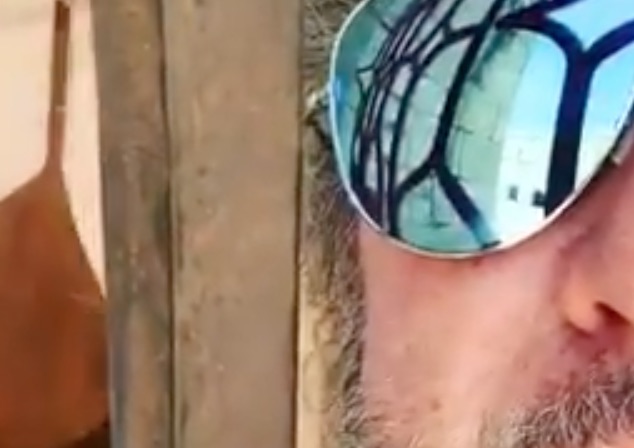 Former Van Halen frontman posted a hilarious video behind bars pretending he’s in jail in Mexico with his family. Hagar wrote, “This ain’t Hollywood this is Mexico #augustfoolsday #santodomenico #funnyshit #familyvacationgonewrong.” Hagar recently revealed a photo from shortly after he was fired from Van Halen.

mrsvigil717 told Hagar, “Shoot! We just left Mexico. ..We could have helped. We went to Cabo Wabo for my birthday to celebrate… and I could have used YOUR help.😘🍹☀️♥️”

laurieannenright said, “What can be better than being locked up w/your beautiful wife & daughter?! Let the shenanigans begin! ENJOY Hagar Fam!❤️”

Sammy Hagar was stunned a week ago by a balding photo claim. I Coulda Hada VH recently posed an interesting hypothetical question about the ‘Van Hagar’ era of Van Halen on the VHLinks.com forums.

“Today’s new thread started by Little Dreamer with the interview from 2014 with Sammy Hagar got me thinking about some hypothetical questions. The interviewer mentioned how he was 8 years old the first time he heard Jump. In general, a great deal of our VH fandom has been shaped by our history with the band. Some of us older fans have been around since the release of the debut album in 1978. There are probably some fans on here that saw VH play at backyard parties and in clubs before they were even signed by WB. On the other end of the spectrum, there are some fans on here that weren’t even born before 1990. Which leads me to the following queries:

If the David Lee Roth era of Van Halen had never existed and 5150 had been their debut album, how would your VH fandom be different than it is today? Would they still be your favorite band? If not, who would be and why? Remember that in this scenario there was no DLR era of VH. When answering these questions, try to recall the musical landscape in March of 1986. If you’re not old enough to remember, I truly envy your youth.” There have been rumors of Michael Anthony rejoining Eddie Van Halen, Alex Van Halen, and David Lee Roth for a reunion tour, with Anthony recently posting a nostalgic video.