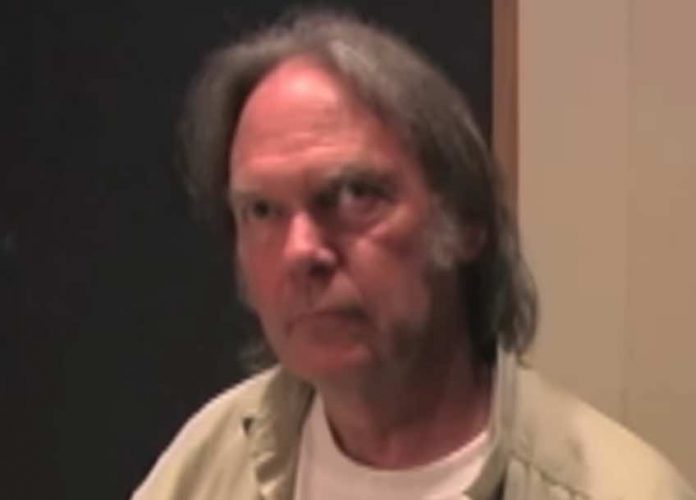 A fan asked, “Dear Neil Young and Team, I was at first very excited, that you opened up your music to the public. I had great respect for you by doing so. I am a big fan of your music and many projects that you stand up for.

The other day, when I tried to listen to the music in the archive, I realized that it is no longer possible and I have to pay for everything. Now it looks to me that this is just like another corporate business strategy. It’s about money making and not the spirit of your music and your believes to make a change in this corporate world. I am very much disappointed by the direction you have taken.

Young shot back, “Marek, OMG! I am busted! You hit the nail on the head. Maybe I should retire. ny.”

Another fan wrote, “Hi Neil and team, I was wondering if there is any footage of the 1976 Glasgow Apollo gig. I love the footage filmed by David Peat of Neil wandering round the streets of Glasgow and playing Old Laughing Lady outside Central station. I always think of it any time I walk past it. it would be great to see more here on the Archives.

The last time you played Glasgow I bumped into Elliot and Lukas taking in the sights in Buchanan street, round the corner from your old busking pitch. Hopefully you make your way back here in the summer, bring Bob. It would be great to see you both busking outside Central station! Looking forward to exploring the vaults. Take care, Hugh.”

Neil responded, “Hugh, We unfortunately have no footage of that gig. No fixed sched for summer. thanks ny.” Neil Young recently called out big name ‘disrespect’ on a plane.