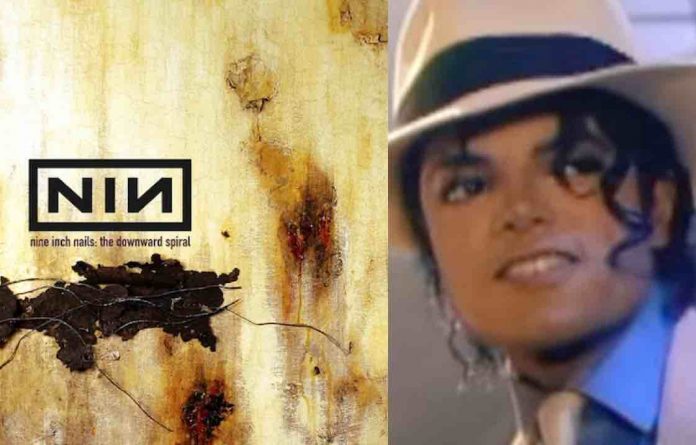 He wrote, “I’m playing @wonderfrontfest in San Diego at 6pm today on the Tony Hawk stage with the Vandals. Come say hi. Well, not really to me…mainly to Dave.”

Kornelia1970 commented, “Poor Jacko, he was a big loss for the world! Precious and too sensitive! Unforgettable!” Snapkins63 chimed in, “He was a Vandal to himself and DEVOlved his own face.”

“Another DEVO post. One of the few gig posters I have framed at home is from a show we did exactly 10 years ago tonight in SF. One of my favorite tours we ever did was the Nov 2009 album run. 7 cities, 2 nights in each. 1 night played the ‘Are We Not Men’ record and the 2nd night ‘Freedom Of Choice.’ There were cool posters designed for each night and I had a handful of them framed a home. This is one of my favs and hangs in my kitchen. Had my son take pics and text me today. Swipe for 3 others. #devo @clubdevo @kiiarens.”

Queens of the Stone Age called out a Nine Inch Nails lie a few weeks ago. Freese’s former band Nine Inch Nails had a With Teeth reissue that was praised by Reddit user Silet711 recently. They wrote, “I became a fan of NIN shortly before this album came out, I even remember the interaction with a Sam Goody employee that led me to preordering With Teeth. Hearing the way this is remastered brings tears to my eyes. Every song sounds so much more dynamic and defined, and I’m ecstatic to finally hear ‘Home’ in its original vinyl arrangement since I never got a chance to get With Teeth on vinyl prior to this.

I can’t believe it’s been 15 years since this band has changed my life and I now get to listen to the album that started it all with revitalized listens. Even songs I weren’t crazy about before are renewed and this album is now perfect, just below The Fragile. I can never thank Trent and Atticus enough for their work and for changing my life for the better. Thanks for reading my gushing sentiments, it’s just so damned good to be a NIN fan right now.” A Nine Inch Nails icon recently ripped a Weezer performance.