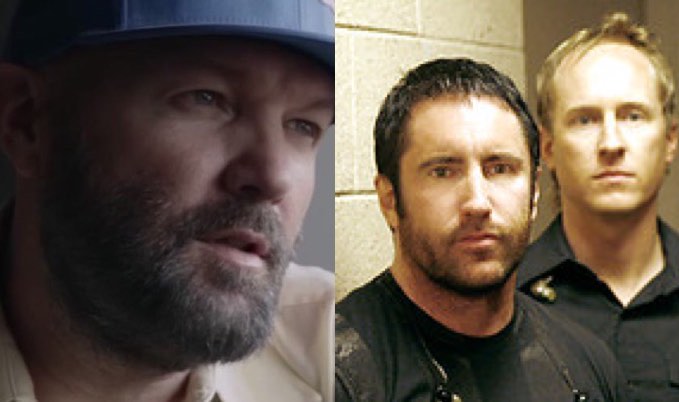 Fred Durst, frontman of Limp Bizkit is doing it all for the dookie – the dog dookie that is! In a new video uploaded by Nine Inch Nails icon Josh Freese, Durst is seen wearing this ridiculous wig and sunglasses [it may be an Instagram filter] talking about the perils of how people in California are walking behind their dogs with poop bags. You can view this momentum moment in recorded human history below. A Rage Against The Machine member recently called out a Nine Inch Nails insult.

Howard Stern unloaded on Nine Inch Nails disrespect last week. The user asserted: “I always thought NIN was incredibly underrated. I feel like Trent was always kind of lumped in with the hard rock scenes of the 90s while I associated him with the top tier bands of that era. Like, TDS is such a WEIRD album! Lyrical content aside, it just goes through so many changes in style and is a perfect combination of electronic music and more typical rock music, but it was released in the early 90s!!”

They also said: “And that’s the thing really. I love Trent’s embrace of electronic of ambient music, and it’s been there since the beginning. Especially in an era where electronic and ambient was looked down on by big publications or acts. I think there is a tremendous amount of musical growth that’s always present in NIN, not just from TDS to Fragile, but over his entire career. Like, compare TDS to Ghosts, or even Hesitation Marks (which I think is incredibly underrated).”

Trent Reznor’s bad haircut stunned Nine Inch Nails fans back in October. The user then wrote: “The reason I made this post is that I’m a smashing pumpkins fan. It actually hurts to enjoy them sometimes because of Billy not only insisting on making incredibly uninspired music, but also his general antics with band members and his turn into an Alex Jones type of right-wing nut job. I think it’s amazing to compare him to Trent, who kind of turned to be the exact opposite of that, and managed to become even more musically relevant. It’s so weird to think about how one of my musical heroes went off the deep end into a very dark narcissistic path, while the other one sobered up, focused on getting healthy, and became an award-winning and critically acclaimed composer.”

The user finished up by declaring: “Like, Trent’s that dude now. Go to any discussion about the new Watchmen and you’re gonna find a whole bunch of people talking about the score. His later career resurgence, both as a composer and as NIN, is something that I find fascinating. There are very few musicians that had their heyday in the 90s that are still making good music or getting this much acclaim for it. Keep them beep boops coming Trent!”