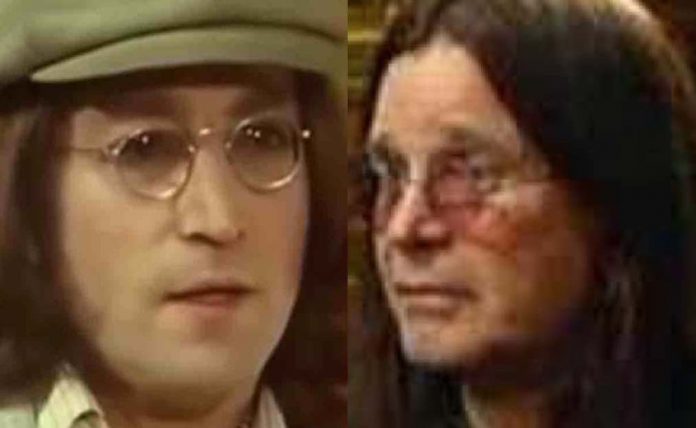 Ozzy Osbourne was recently interviewed by Blabbermouth in which the “The Prince of Darkness” discusses several topics. Here, Osbourne recalls the first time he listened to John Lennon and The Beatles and how that influenced him wanting to get into music. Ozzy Osbourne’s doctor revealed this terrifying ‘infection’.

Ozzy Osbourne revealed what ‘dangerous’ drug he is currently using. Osbourne told the website: “I mean, I knew I wasn’t built to do a 9-to-5 job. I’d start a new job, they’d tell me what I’d make a week, after three days, I’d say, ‘This is going to drive me nuts!’ I wouldn’t last…I’d jump jobs. And then, I got in the band with Tony Iommi, Geezer Butler, and Bill Ward. Even if we had money or not, I traveled around with the boys, we saw Europe and had a good laugh. Would I have done anything differently? No. It’s just wild! I love it. When I heard The Beatles, I knew what I wanted to do.”

Osbourne would then tell about how the time he first heard a song by Lennon and the fab four, which was the group’s classic single, ‘She Loves You’.  This Ozzy Osbourne disturbing funeral announcement was revealed not too long ago.

As Osbourne described it: “My son says to me, ‘Dad, I like The Beatles, but why do you go so crazy?’ The only way I can describe it is like this, ‘Imagine you go to bed today and the world is black and white and then you wake up, and everything’s in color. That’s what it was like!’ That’s the profound effect it had on me. I remember it like it was yesterday: I was walking around with a transistor radio on my shoulder. And ‘She Loves You’ came on. And, I don’t know, it just went, ‘Bang! And that’s what I want to do! Wouldn’t it be great?'”

Sharon Osbourne recently said, “I was a guest at @officialfrandrescher Health Summit for @cancerschmancer over the weekend. I received some of the most current information on general health from some of the best doctors. It was an amazing day
#frandrescherhealthsummit.”

You can read the full interview over at Blabbermouth.