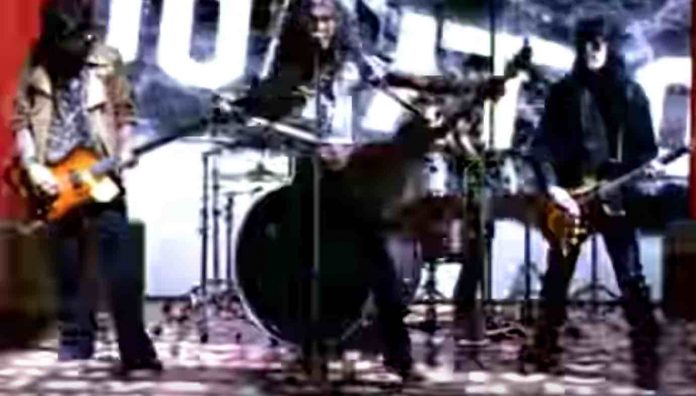 Corabi had these touching words to say: “[Bart Walsh was] A great guy, talented guitar player, and always beyond helpful when I worked at Gibson Guitars. I hope you’re happy playing guitar up there buddy!!!! You’ll be missed.”

A Motley Crue member recently revealed what he did to a babysitter. In other news regarding Motley Crue, fans of the group debated their thoughts on the hit Motley Crue movie entitled “The Dirt” in a recent topic on the group’s subreddit.

Jsparker77 stated: “I give it a three out five. It was entertaining, but if you’ve followed the band and know their history, then it was missing a ton (which is understandable in a 90-minute film), and the timeline was jacked up beyond belief. The parts that were supposed to be emotional also completely fell flat on their faces. Finally, I would have preferred the actors’ lip-synced to the original recordings the whole time instead of having some of their performances. That pulled me out of the film, but I do know some people did like that. Otherwise, I didn’t hate it, but I also went in with low expectations which helped.”

Lokismoke wrote: “The way the film portrays Vince Neil’s accident overshadowed much of the whole film for me. The film makes it look like a momentary lapse in attention to the road after drinking one too many beers. In reality, he was driving extremely recklessly after drinking a ton of hard alcohol. The Dirt is one of my favorite books, but I was generally disappointed by the film.”

Mick Mars stunned Motley Crue fans not too long ago with this tour claim. Grim_Noir put: “It’s a whitewashed version of the book. In the opening scene where they show Bullwinkle, I thought this was going to be a no holds barred gritty biopic, and I was wrong. They sugarcoated so much shit and made themselves look like rock gods who just had a couple of bumps in the road along the way.”