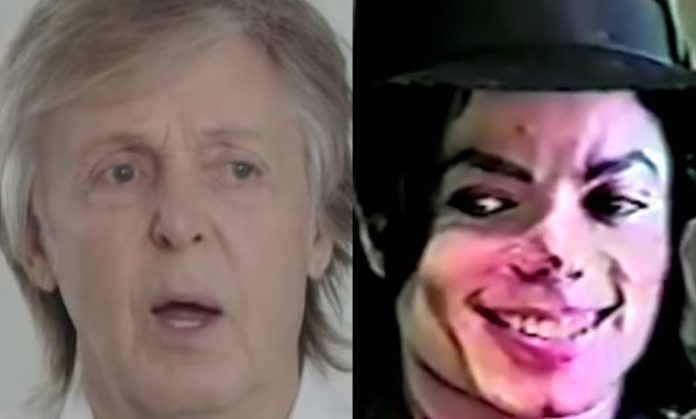 The Beatles icon Paul McCartney was recently photographed with Michael Jackson’s daughter Paris Jackson, and someone made a very disrespectful remark about Sir Paul. Maria wrote, “When you talk shit about Michael Jackson but still have no shame to take a picture with his daughter. #Hypocrite #PaulMcCartney.” If Paris can get over whatever issues her father and Paul had, maybe fans can to? McCartney recently revealed why he initially turned down a famous actor.

Ringo Starr announced yesterday, “New Ringo Album ‘𝘞𝘩𝘢𝘵’𝘴 𝘔𝘺 𝘕𝘢𝘮𝘦’ Coming 10/25! ✌️☮️🎶https://UMe.lnk.to/WhatsMyName Ringo’s 20th studio album, What’s My Name, is the latest in a series of heartfelt and homespun records that Ringo has produced in his home studio with his friends, including @PaulMcCartney, @JoeWalshOfficial, Edgar Winter, @SteveLukatherOfficial, @BenmontTench, and many more.

The album will be available digitally and on CD, as well as on black vinyl, and translucent blue vinyl, available exclusively through the Ringo Starr store. Pre-order and listen to the title track ‘What’s My Name’ now!” Paul McCartney recently made a painful Brad Pitt revelation.

Starr also recently said, “Thank you thank you Bethel woods what a great time when there was a lot of peace and love around tonight love love.”

Paul McCartney recently wrapped up his ‘No Filter’ North American tour at Dodger Stadium in Los Angeles, reuniting with Starr for a performance. He is now promoting the release of his new ‘Hey Grandude’ children’s book. Paul McCartney was surprised by an emergency at a recent book signing.