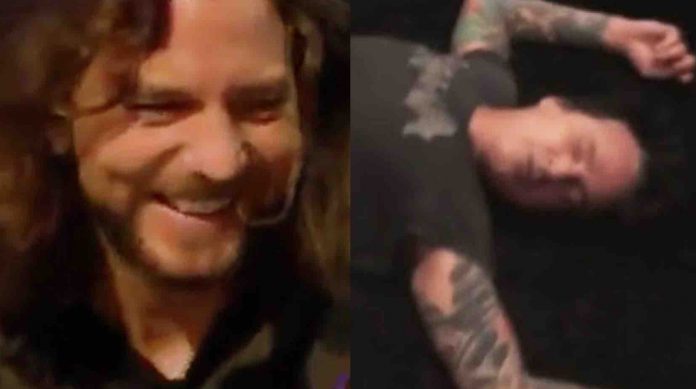 Eddie Vedder and Nikki Sixx have been going back and forth over the span of a few days now. The feud started when in an interview, Eddie said he was never a big fan of Motley Crue due to their views on women.

Nikki didn’t take this lightly as he heard about it and then called out not only Eddie Vedder, but all of Pearl Jam as he called them ‘boring’. Pearl Jam and Eddie didn’t respond to Nikki Sixx or the slander for a few days, but now they are.

In a recent post on Twitter, Pearl Jam put up a video that said ‘We love our boring fans!’. Fans in the comments were a mixed bunch of feelings though as there was a bit of back and forth about the current situation between Eddie Vedder and Nikki Sixx. Some fans are already tired of the feud as it doesn’t really make much sense to be arguing at the ages that these stars are at now, especially as millionaires.

One user felt tired of the feud as they said: “I mean I’m all for Eddie’s opinion I’m a big fan of both bands but cmon why even shit on Motley Crue we are all a big family of rock music idk understand why your keeping this feud going when you started it Nikki didn’t except just exist.”

To which a Pearl Jam fan replied: ”Eddie’s always been a loud advocate for treating women with decency and respect. It makes perfect sense that he would express distaste for MC’s material given the rampant misogyny and objectification of women they built their wealth upon.“

Obviously, Eddie’s side of things is the better side to be on, but the feud isn’t really helping out either side of the coin at all with how removed the two stars are from being front page.

We ❤️ our bored fans. pic.twitter.com/B1cWuZDww4