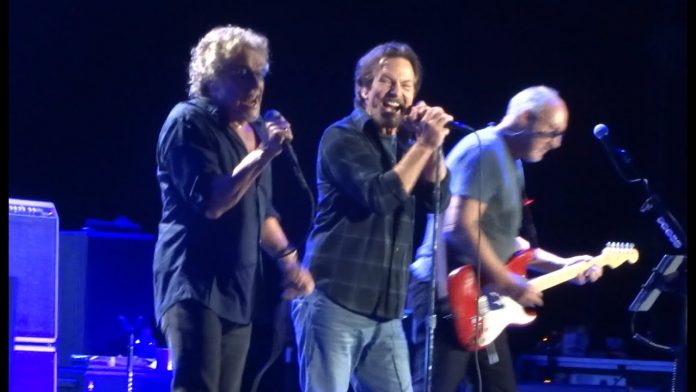 Recently, from Pearl Jam’s show in Oakland on Friday, it was noted that The Who will be playing in Cincinnati for the first time since the tragedy on Dec 3, 1979. The Who concert disaster was a crowd disaster that occurred on December 3, 1979, when British rock band The Who performed at Riverfront Coliseum (now known as Heritage Bank Center) in Cincinnati, Ohio, United States, and a rush of concert-goers outside the Coliseum’s entry doors resulted in the deaths of 11 people.

The band wishes they could have gone to be with the band this weekend but because of the virus owing to the pandemic, they can’t be there to support and send their love to their friends who helped and supported Pearl Jam when they had their own tragic event. The band frontman Eddie Vedder asked the crowd to send all the love in the room to Pete and Roger.

Josh Klinghoffer from Red Hot Chili Peppers is officially part of Pearl Jam’s live lineup. The first official photo with Josh was recently posted by the band on Twitter. It was previously reported that Josh would be a live member for Pearl Jam on their 2022 tour, as he was for their select 2021 performances.