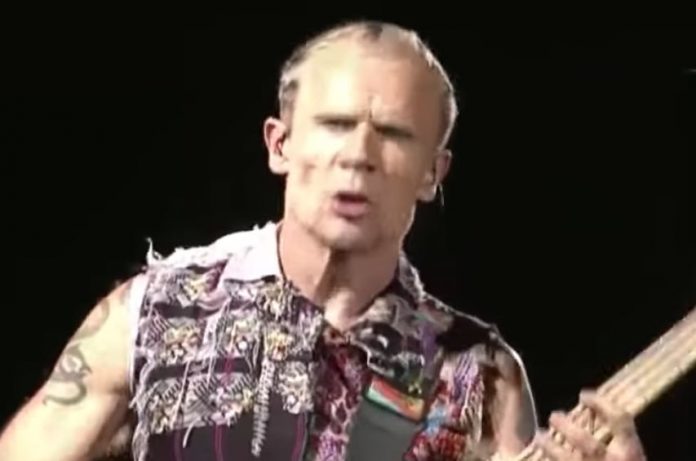 “Dear @dwighthoward I humbly apologize for heckling you when you came back to Staples as a Rocket for the first time. I supported you with all I had during your first Laker stint, and was so sad that you left. That exchange was actually a learning moment for me.

Caught up in the moment with the rest of the obnoxious hecklers I yelled, ‘DWIGHT YOU STINK!’ You turned around, looked at me and politely said “Thank you.” I always kinda thought heckling was part of the crazy fun of attending a game, part of helping my Lakers to win, but that was a wake up.”

John Frusciante revealed why he had to get away from the Red Hot Chili Peppers in an unearthed interview. Flea continued, “I’m so grateful to have you playing with all the heart and positivity you bring to the Lakers right now, it is inspiring, and a phenomenal new chapter in your career to witness. I’ve been a Laker fan since I was a little boy and now I’m an old ass man and still cheering like a little kid.”

Dwight Howard then commented on Flea’s post, “I appreciate you. Gonna continue to give 200% everyday for the most high. This city and the organization.” Flea also wrote, “Happy birthday to the great Harpo Marx who was a genius and brought me profound joy. His memoir Harpo Speaks is a beautiful book. He grew up dirt poor, was a kind man, an intellectual, and his imagination ran wild like the wind over the hills.” Kurt Cobain’s widow revealed a disturbing Red Hot Chili Peppers remark last week.