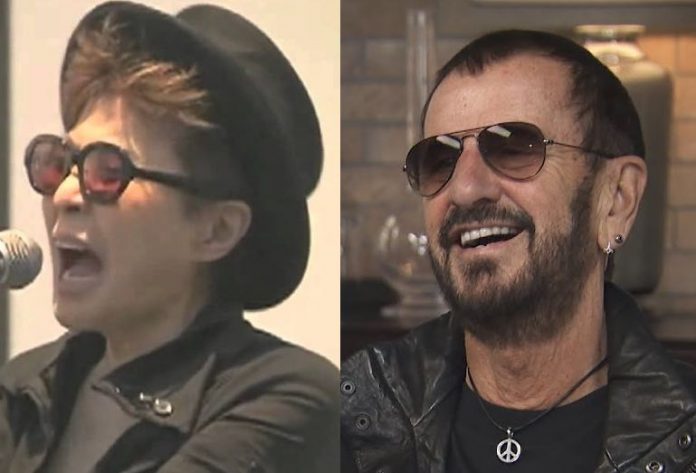 The Beatles drummer Ringo Starr gave a new interview with The New York Post. He was asked during the interview what he would believe John [Lennon] would be like now if he had grown old? Ringo Starr recently revealed who really quit The Beatles.

“Well, “growing old” is an expression. I don’t feel like I’ve grown old — I’ve just grown up. I honestly think — like Paul, like myself — John would be on the road. That’s where we come from.”
In addition, Starr was also asked what he misses most about the late guitarist for The Beatles stating that while he goes to New York a lot and sees Lennon’s widow, Yoko Ono it is unfortunate that they are not together. Starr explained to the publication stating:
“I miss his friendship. I miss hanging. I miss . . . just that we’re not together right now. That’s what I miss. I go to New York a lot, I say hi to Yoko [Ono], and it sucks, you know? But he’s still in my heart.”

In other news regarding The Beatles, on a recent topic within the group’s subreddit, Redditor Calvinshobb asked if given their status as such an iconic band if The Beatles even consider Woodstock? Ringo Starr revealed what almost killed Paul McCartney recently.

The user put: “I have always thought in an alternate reality the Beatles show up at Woodstock and basically burn down the stage with a heavy psychedelic set and realize things have changed, they could play live in the right type of venue, with the right kind of amplification nobody is hearing any screaming fans. Anyways, I know there were rumors The Beatles and Bob Dylan were both going to show up, does anyone know were they even contacted, have they ever mentioned it?”

Ringo Starr revealed if Bob Dylan is a liar a couple of days ago. Fellow Reddit user Rg7734 replied with: “Consider Woodstock? No. They could barely consider playing for the last time together on the rooftop of their offices in Jan. 1969, much less leave London to do it. Contacted? Probably, but I don’t recall reading about that. I recall they were contacted for the Monterey Pop Festival.”

Omatti responded with: “Ending the concert with that haunting 3-minute jam ending of “I want you (she’s so heavy)” what an ending of a band that would be. I think they were at The Isle of Wight 70′ with Bob Dylan as well but did were not contacted.”

714web said: “I read that John said he couldn’t get into the country, even if they wanted to play together. Likely if anything it would have been John Lennon and the Plastic Ono Band.”