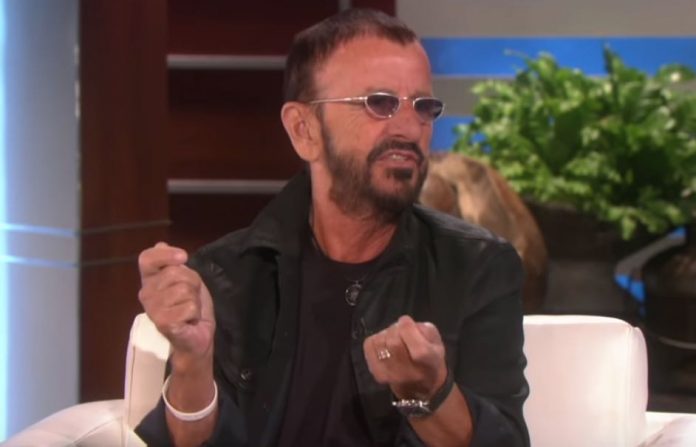 The Beatles drummer Ringo Starr has revealed if Bob Dylan is a liar. In speaking with GQ recently the iconic drummer for the fab four was asked if he believes in Dylan’s belief that all songs were “already written and floating around the universe.”  In which Starr states during the interview that “in many ways really understand[s] what he’s saying. Alternative Nation transcribed Starr’s comments. John Lennon revealed what this man did with ‘Mouth’ for him.

Ringo Starr reveals how John Lennon made him cry. Interviewer: Bob Dylan once said all songs were already written and floating around the universe, and it’s up to the songwriter to capture them and write them down. Do you agree with that?

Starr: Well, in many ways I really understand what he’s saying. But all we need is one line and then we can write a song. Once I put a baseball cap on backwards and went to an event in Los Angeles and the cap said “Life is good.” Because of that, they sent me a t-shirt and a book and a lot of stuff. So anyway, I’m sitting in my room with (co writer) Gary Burr (trying to write a song) and we don’t have anything. Nothing. It’s not coming out of the air. We’re just like… I don’t know. But I happen to look at the coffee table and a book was on there that said “Life is good,” and we then we wrote a song from that. We need to just get a kick, and then we can finish any song. This disgusting restaurant photo featuring John Lennon and his widow was just uncovered.