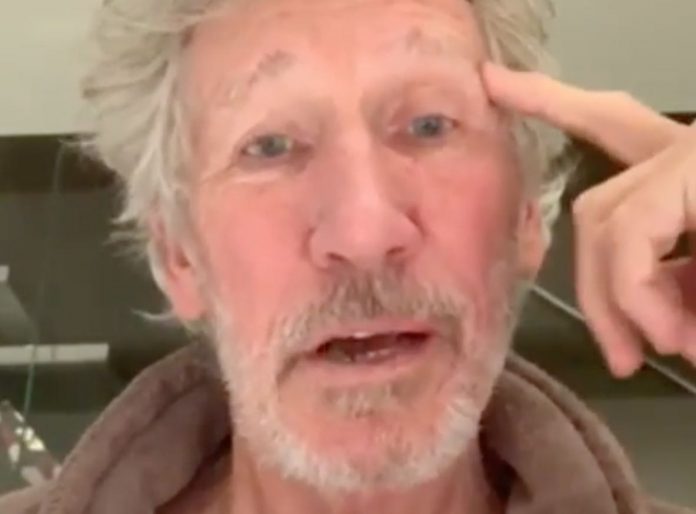 Iconic Pink Floyd member Roger Waters recently spoke to the Global Consortium for Sustainable Peace in a new YouTube interview to discuss a bunch of topics. Here Waters reveals, in his words, the inspiration for ‘The Wall’ and how that came from the disconnect he had through playing at Stadiums for ‘drunk fans just having a good time’.  Alternative Nation transcribed Waters’ comments. Roger Waters reveals if Pink Floyd ‘failed’ after he quit.

Roger Waters: The Wall was interesting because it was an insight that came from discomfort – the discomfort of doing shows in stadiums. The specific story was Montreal and the Olympic Stadium in 1977 on the Animals tour I think and feeling so alienated from these people who were Pink Floyd fans and had no idea what any of it was about. They were there, getting drunk, having a good time, and felt to me, standing on stage as if they were ninety-five percent – “I love your music but I hate your politics.” Them. That’s who they were and so when I drew on my scrap of paper a picture of the wall being built across the front of the stage as an expression of my lack of connection with the people who were supposed to be in this communion. Roger Waters reveals why he ‘abandoned’ David Gilmour.

Over on the Pink Floyd subreddit fans recently reacted to the news of Roger Waters announcing his latest series of tour dates. Texanfan20 said: “I love Rogers’s music but Roger is a big business just like any corporation. That is why he doesn’t perform free concerts, tickets will be expensive, there will be merchandise for sale at insanely inflated prices. I will pay it but I find it hypocritical especially when you also have corporate sponsors for your tour and lip-sync portions of your show. Compare that to Nick and David who toured small venues during their last tours just for the fun of it and honestly I found the tickets to their last tours very affordable.” Roger Waters leaks Pink Floyd Coachella reunion.

A full list of dates for Roger Waters’ 2020: This Is Not A Drill” North American Tour can be found HERE.