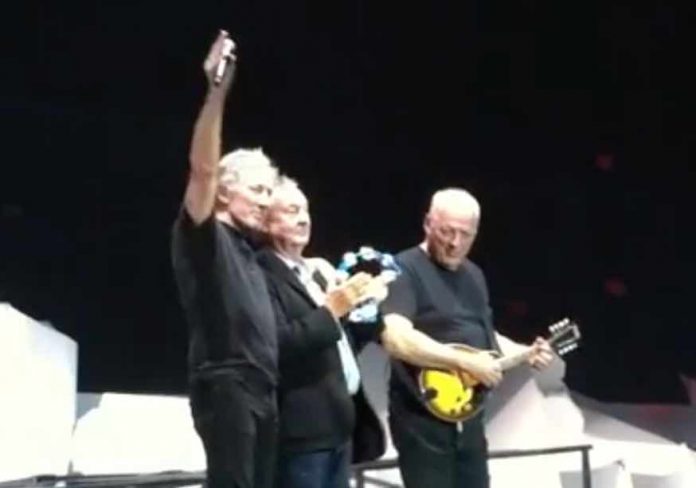 Iconic Pink Floyd member Roger Waters recently spoke to the Global Consortium for Sustainable Peace in a new YouTube interview to discuss a bunch of topics. Here Waters reveals, in his words, what contact he has with David Gilmour and discussed the recent meeting the two had. Alternative Nation transcribed Waters’ comments. Roger Waters calls out ‘drunk’ Pink Floyd performance.

Interviewer: Do you have any contact with David [Gilmour] at all?

Roger Waters: Yeah, very little. We actually had a meeting a few months to try and figure out how to proceed and nothing came of it unfortunately.

Interviewer: Is meeting together something that’s positive about that?

Waters: I don’t know, you know life is short and so I hope that I use my time more profitably than that.

In other news regarding Roger Waters, fans recently took to social media to revisit one of Waters’ highly acclaimed solo albums – ‘Is This The Life We Really Want?’ One fan wrote: “I just can’t get past the fact he’s almost twice my age, and I feel old, but he’s putting out such deep and interesting music still. Let me not understate this. I love this album! As I loved his Wall tour film and I’m looking so forward to his upcoming film. Roger and I took a break from each other but I’m more hooked and interested in his work now as I’ve ever been. Roger Waters reveals if Pink Floyd ‘failed’ after he quit.

The fan concluded: “There is so much to say today with the political climate in the US, criminal injustices around the world, flat out questions about humanity and decency we are all facing right now. Roger has taken that which many of us feel and perfectly blended it with his own sense of wit and urgency. This album ranks right up there with the best work he’s ever done both solo and in Pink Floyd.” Roger Waters reveals why he ‘abandoned’ David Gilmour.