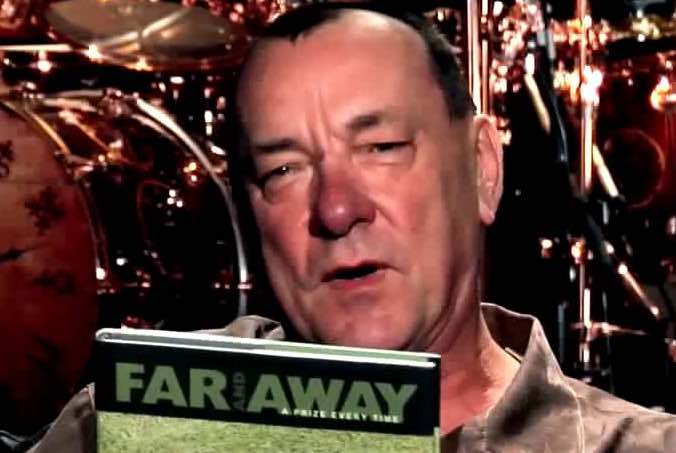 Neil Peart and Rush drum tech, Lorne Wheaton recently took to social media via Twitter to comment on the death of the acclaimed Rush drummer who passed away last month due to a battle with glioblastoma at the age of sixty-seven. Neil Peart sad Rush beach photo before death leaks.

Wheaton wrote: “My heart is broken, even knowing that this day would eventually dawn. Bubba fought hard for 3 long years, which for most would be an impossible feat. He displayed that every night plying his trade on stage, and his off days on his trusted BMW motorcycle. Love you brother!”

Rush reveal if Neil Peart had ‘final words’ before dying. In other news regarding Rush and Neil Peart, fans over on the prominent Rush message board TheRushForum to reflect upon Peart’s memory. Fellow message board member 9/4 posted: “I’ve been a little surprised how much Neil’s passing has affected me, given that I haven’t listened to Rush nearly as much during the past two decades as I did during the prior two decades, and I’ve never participated in any Rush forum or fan club before these past few days.”

The user continued: “I’ve come to realize that this music is something uniquely special, it’s own genre really.  It synergistically comes together through the sounds and words and concepts and themes in a way that taps deeply into the human condition, resonating very strongly with many of us.  Other music, of course, has such power also, but, for me and so many of us, the music of Rush is uniquely powerful in this regard.  I’m realizing that the music was formative in my discovering and becoming who I am.  As a teenager and into my 20s and even 30s, the music spoke to me as nothing else did. ”

Neil Peart ‘refusing’ terminal diagnosis leaked by Rush. The user concluded: “And when I think of Neil’s role in creating this music, I realize that I really did know him, in some ways even more than I know many people who’re frequently in my physical proximity because Neil was largely an open book, both figuratively and literally.  He extensively shared his art, experiences, thoughts, emotions, hopes, and dreams with us, and he did so with honesty and humility, without pretense.  And what he shared came from an especially sensitive, thoughtful, wise, and noble person who was especially worthy of listening to and learning from – a teacher and a friend.”

My heart is broken, even knowing that this day would eventually dawn. Bubba fought hard for 3 long years, which for most would be an impossible feat. He displayed that every night plying his trade on stage, and his off days on his trusted BMW motorcycle. Love you brother! 💔 https://t.co/7Xi2I0537k