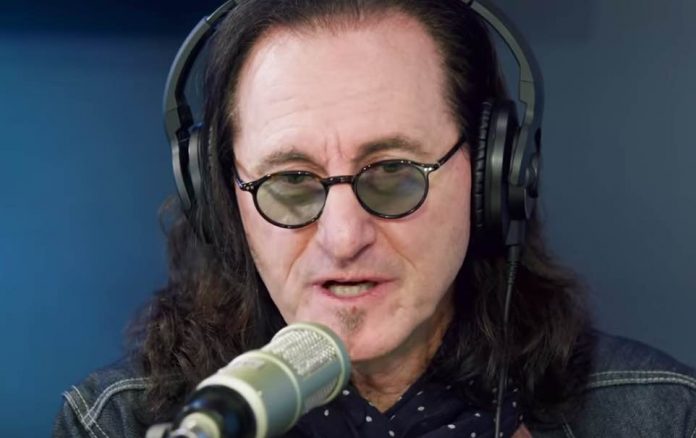 “So very sad to hear of the passing of Alan Rogan – Alan had the pleasure of working with The Who (among others) since the early 70’s, though I only met him in 2014, in London when I guested with them to celebrate their 50th anniversary in aid of the Teenage Cancer Trust.

He and I bonded over our love of vintage basses (and guitars) and shared many laughs and stories about collecting and touring and all things in-between. He reluctantly but happily agreed to be interviewed for the BBBoB and I always delighted in his wild and labyrinthine tales… Alan – Rest in Peace, mate – you will surely be missed.”

A gross Geddy Lee eating photo was recently revealed. Lee also recently posted, “Guten Tag Hamburg … Alas Klar? It’s the last stop on this leg of The Official (Yet, Kind of Random) Big Beautiful Book of Bass Tour… I’ve been having a blast indulging in some cool nostalgia from the 70’s, as seen in this poster from our first German Tour back in 1979 ..

But most importantly I’ve really enjoyed chatting with all kinds of Bass Folk, Rush Fans as well as a few Normal People! Hope to see more of the same tomorrow at 16:00 in Sautter + Lackmann Book Store! Thanks to @mint.magazin @classicrockmagazin for presenting this one 👏.” A Rush member was recently disrespected by a big name on television.