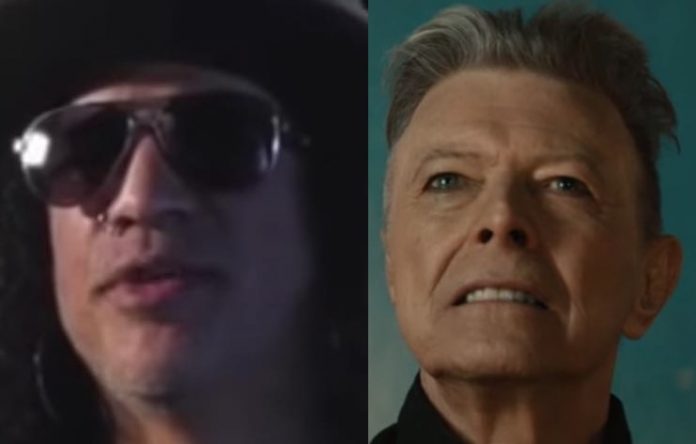 Ash wrote in an Instagram comment, “David Geffen wanted to F*** David Bowie at the time my moms boyfriend was David Bowie.” He made the comment on a photo he posted in honor of Heidi Fleiss’ father, who passed away. He wrote about Fleiss’ Dad, “Heidi Fleiss dad was my child hood doctor for many years. Dr Fleiss RIP!”

deadrabbitart commented, “Dude one of my closest friends lived next door to them.. RIP dr. Fleiss.. up in los feliz..” Ash commented, “Practice was on Wilshire Blvd.” deadrabbitart responded, “@ashfoto he also had a practice on Hillhurst in Los Feliz.. right across the street from the Rustic Inn.. it was a an old house converted into a doctors office super cool dude.. man.”

Another snippet of “Atlas Shrugged” also surfaced, though the entire song still remains unreleased despite numerous teases over the years. Could Axl Rose rework the song with Slash and Duff McKagan on the new Guns N’ Roses that fans are hoping to see released in 2020? We’ll have to wait and see! A Guns N’ Roses member dropped a Brad Pitt bombshell last month.