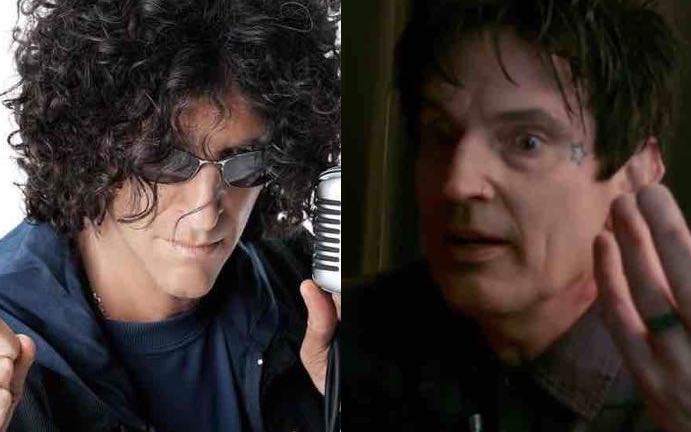 Howard Stern recently revealed that for a surprising paycheck, Motley Crue drummer Tommy Lee will record a personal video message for you. Nikki Sixx dressed as a woman in a surprising photo he posted a couple of days ago.

MarksFriggin.com recapped: Howard said he has a little quiz to go through. He said he’s never had to go through this site called Cameo where celebrities sell personalized videos to fans. He said High Pitch Erik has been doing that for years. He said he does that. Robin said she had no idea. Howard said he was browsing the videos and they’re not doing anything different than Erik is.

Howard said he’s going to name a celebrity and play the video greeting and Robin has to guess if it costs $100 or less.

Howard said Lance Bass can do videos for your kids. He played an example of one of his videos. Howard asked Robin what she thinks it cost. Robin said more than. Howard said he charges $150. She’s right.

Howard asked Robin if she wants to get into this business. Robin said it seems pretty lucrative. She said she might.

Mick Mars called out a Motley Crue fraud earlier this week. Howard said Tommy Lee does videos. Robin asked if it’s the real Tommy Lee. Howard said it is. He said he did this one with a chick by the pool. He had his kid there saying something too. Howard asked Robin if it was more or less than $100. Robin said more. Howard said it was $250.

Howard said Carmen Electra will make them. He played an example. He asked Robin if it was more or less than $100. Robin said it’s got to be less. Howard said it’s $100 on the nose. A Motley Crue icon revealed a massive drug company payment last week.