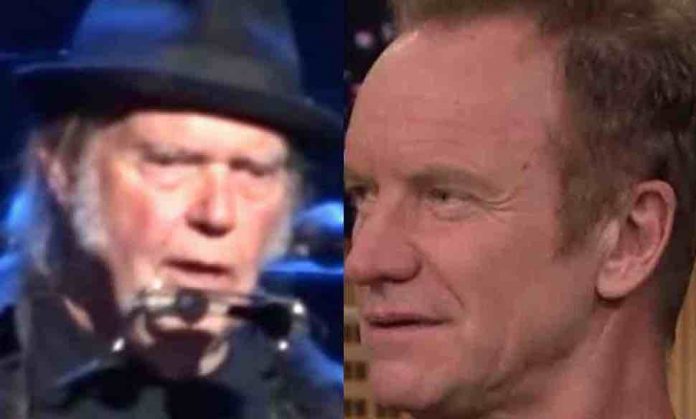 As it was recently reported, iconic singer-songwriter Neil Young sold, a portion of his music catalog to the Hipgnosis Songs Fund – a UK-based Investment fund owned by The Blackstone Group. The deal is estimated to be valued at around 80 million dollars. In addition, Hipgnosis has bought up other notable music catalogs as of late. The company has also acquired the publishing rights for Fleetwood Mac legend Lindsey Buckingham as well as Jimmy Iovine’s producing royalties.

This A list actress recently tweeted about Neil Young’s Spotify boycott. It should be noted, however, that the terms of the massive deal were not disclosed. Still, at the time, Sting was seeking an estimated 350 million dollars. Another legendary legacy folk-rock artist – Bob Dylan recently sold his music rights to Universal Music Publishing for 400 million dollars.

Sting stated the following regarding the deal as per Variety.

I am delighted to have Jody and the team at UMPG curate and manage my song catalog. It is absolutely essential to me that my career’s body of work have a home where it is valued and respected – not only to connect with longtime fans in new ways but also to introduce my songs to new audiences, musicians, and generations. Throughout my career, I have enjoyed a long and successful relationship with UMG as my label partner, under the watchful guidance of Lucian, so it felt natural to unite everything in one trusted home, as I return to the studio, ready for the next chapter.