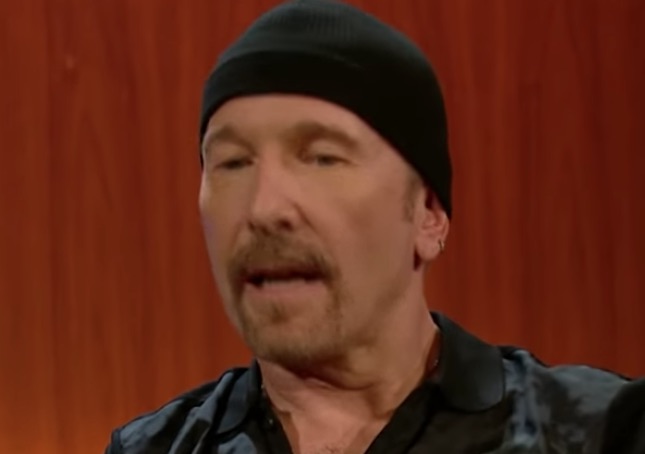 U2‘s legendary guitarist The Edge recently spoke upon the legacy and impact regarding the group’s landmark 1987 album, The Joshua Tree. Here, in a new interview with New Zealand based news outlet – 1 News, the U2 guitarist reveals how he acknowledges with every passing tour and show that U2 does, it could be ‘the last one.’ Awful U2 ticket sales at concert were revealed last week.

The Edge said to the outlet: “I have to say, being on the road has its pluses and minuses but by far my favorite part of getting on the road is being on the stage. The experience of playing our songs to fans. It is such an adrenaline rush, such a thrill and it never gets old, never. Every tour I make sure I have a moment or two to ‘take it all in’ and go, ‘you know, this could be the last one.’ Just to acknowledge it and enjoy it.”

In other news regarding U2, fans of the group’s iconic frontman Bono debated why some people could find him to be ‘offputting’ in a recent topic within the U2 subreddit.

A U2 member made a painful rehab revelation not too long ago. Kisskissbangbang46 stated: “It varies depending on who you ask. Sure, the egomaniac thing, the sunglasses, the preachiness, it all adds up. There are also people who just don’t like U2’s music and he’s the easy target since he is the frontman after all. I think there are valid criticisms, such as the tax stuff and his mixing with politicians like [George W.] Bush, [Tony] Blair & [Bill] Clinton among others does reek of shadiness and hypocrisy. He espouses a very sort of corporate-friendly view of capitalism, which I know can be irritating. He seems to have become the Bono that his 25-year-old self would likely dread in away. But that’s just a guess of course. He’s done some good no doubt, but his legacy will be a bit more complicated I think.”

Felix72 put right-wing media goes after Bono in the US a good bit and it has a ripple effect in my opinion. Ex – he recently made some comments about capitalism being a good system that alleviates poverty but can also be amoral and should be regulated. A pretty harmless statement you can hear anyone either a Democrat or Republican in the US say. But right-wing sites presented it as – Irish jerk worth seven-hundred million hates capitalism. Bono called this U2 bandmate a ‘bad man’ in this recent awful video.