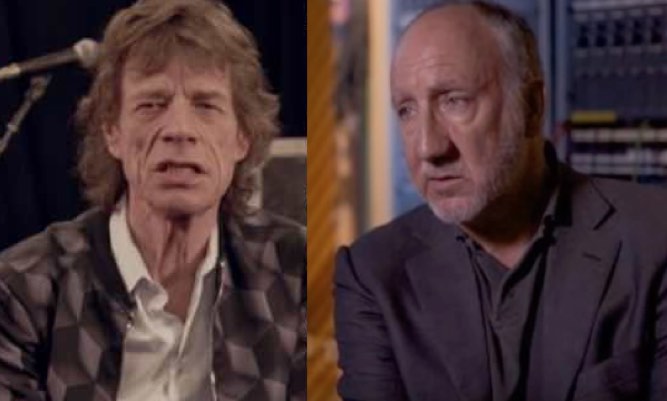 A The Rolling Stones fan has claimed that he read a new interview with The Who guitarist Pete Townshend where he discusses some Mick Jagger frustrations. Howard Stern discussed The Who breakup fears last month.

Rocky Dijon posted on IORR.org, “What needs to be seen is what happens next now that Pete Townshend shared Mick’s frustration that the album is taking so long. Keith and Ronnie separately did overdubs in May. The band was expected to regroup in the studio after the tour.

Soldatti and others heard December, but it appears if it happened at all it was in November when Ronnie’s movie premiered and Mick and Don Was attended the screening with him.

This fits the rumors they were recording in mid-November, though the location in the rumor was Los Angeles and not London. For now, we wait till they appear publicly and see if they still say a new album is coming this year with the tour. If they say ‘we’ll try to finish it after the tour’ yet again, it’s pretty pointless.'”

Townshend revealed in his book ‘Who I Am’ a few years ago that Jagger is the only male rocker he “seriously wanted to f***.” He also said Jagger was ‘very well endowed.’ The Who released a new album a few months ago, while The Rolling Stones are rumored to be working on a new album for a hopeful 2020 release. Mick Jagger being annoyed by a bandmate’s drug use was also just detailed.