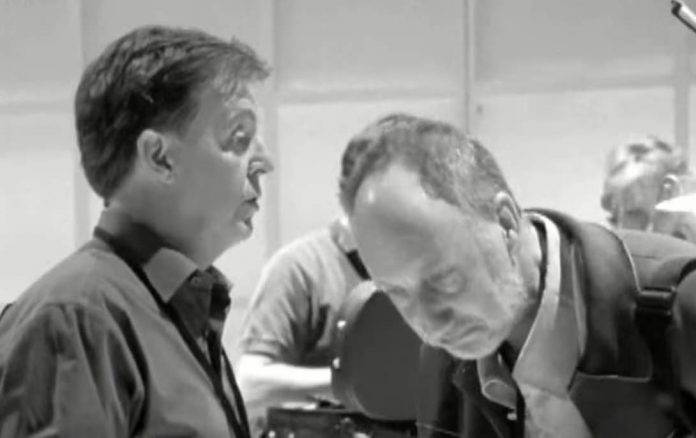 The Who co-founder Pete Townshend discussed and compared his legacy to fellow iconic rock stars such as Paul McCartney and Mick Jagger in a new interview with the New York Times. The Who recently revealed why George Harrison abused cocaine.

I’ve always regarded the rock-star phenomenon with immense disdain. I’ve had my moments, which have been gloriously recorded and exalted — but brief — when I’ve felt: I’m going to try and do this job. I’m going to try to be a proper rock star. Then I would do it, and it wouldn’t work. I was counterfeit. There are very few people truly authentic to the cause: David Byrne. Mick Jagger. Neil Young. Joni Mitchell. Deborah Harry.

In other news regarding Pete Townshend and The Who, the legendary group announced that they will be releasing their first studio album in thirteen years. The album entitled ‘Who’ is due out on December 6th. Fans took to the official Facebook page of The Who to react. U2 savagely called out ‘depressing’ Pete Townshend earlier this month.

Paul wrote: “Mind blown, loving this song as much as the hits. This IS a New The Who but it is The Who. Zak and Pino are doing just fine. Typical Who song, each playing it just gets better and better. It’s about after ten plays, it dawns upon you, but this is a Who masterpiece. Dial the volume up on a huge system like mine (700 watts plus 500-watt sub) Loud and its Who Heaven! Album a month or so away Cannot wait! lol

Christopher said: “ What an amazing surprise when Ball & Chain cane up on iTunes shuffle today! I have been in the car for many hours today so I’ve listened a half dozen times. Love the song and love how it sounds! That powerful WHO sound that’s unmistakable! I look forward to Sunday at Jones Beach with two of my grown children seeing their first Who concert as I see my 18th! You can read the Pete Townshend interview at the New York Times.