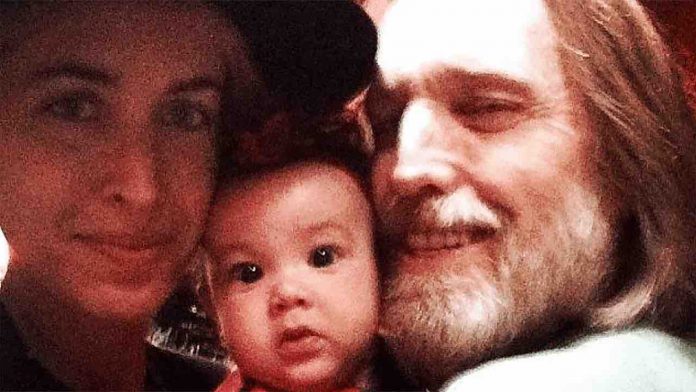 Tom Petty‘s daughter Annakim Violette has posted new photos of herself swimming in a pool. In other recent Petty news, Conversations with Tom Petty: Expanded Edition by Paul Zollo is being released on October 31st. Tom Petty’s daughter revealed a heroin party secret a couple of days ago.

The book description states, “Tom Petty was one of the greatest songwriters in rock ‘n’ roll history, as well as a standard bearer for integrity in the music business. This expanded edition of the first authorized book on Tom Petty, and the only one in his own words, includes additional interviews, articles and reviews.

Trusted to conduct a series of in-depth interviews with a special focus on songwriting, Paul Zollo met with Tom for more than a year of Saturdays to compile this rich collection of conversations. Featuring a foreword and photo captions written by Tom himself, Conversations With Tom Petty is a must-read for all who admire the man behind some of the most memorable rock anthems of a generation.” Steven Tyler’s girlfriend revealed what Tom Petty did to her earlier this week.

Hoodoo Man pointed out on the MudCrutch.com forums, “Amazon was still showing the wrong date as of a couple of days ago but Paul Zollo posted on the Tom Petty Nation FB page a month or two back that the book was unfortunately going to be delayed as you mention above.

I’m looking forward to the expanded edition, I pre-ordered a copy when it was announced sometime late last year and I’m really curious if my Kindle will get updated for free or not. Paul did mention he planned to do some kind of nation wide book tour when it comes out to do readings and signings but no idea how extensive a tour it will be….” Tom Petty’s family revealed a terrifying drug photo earlier this month.