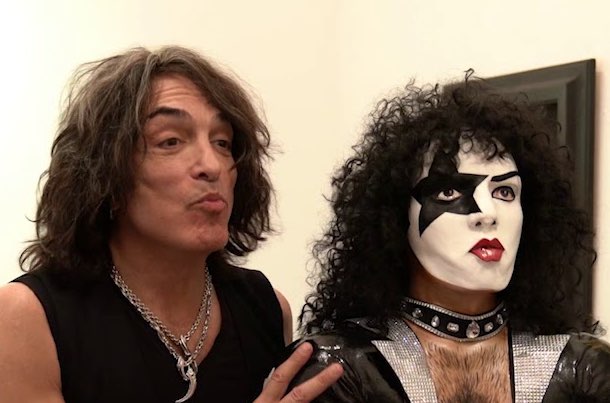 KISS guitarist, Tommy Thayer recently gave his take on what he believes the classic rock scene will hold for us heading into the 2020’s in a new interview with Australia based outlet, The Rockpit. Here, Thayer discusses how even though some of the most established names in rock music are either retiring, quitting or dissolving through other means, it is important that you don’t reconfigure and replace a band overnight.  KISS recently revealed this  ‘painful’ Ace Frehley & Peter Criss photo.

In talking to the publication, Thayer said: “It’s interesting because there’s natural attrition that happens just with anything. People get old and bands fall off, they end up quitting or retiring. I’ve thought about that a lot, what’s going to happen when all these famous Rock bands get older, will some of them continue? Maybe so, but I’m sure some won’t, but if they’re open to it there’s no reason why bands can’t continue I think, but it’s really important that that happens organically though.” KISS also revealed what Michael Jackson did to Paul Stanley the other day.

The KISS guitarist concluded: “I don’t think you can just reconfigure a band and come up with a new version overnight, I think that it has to happen naturally and organically over time, where maybe one member comes in and they establish themselves and then another person comes in and gradually the whole thing changes. And I think if it happens that way I think it’s very realistic even with a band like KISS.” You can read the interview at the Rockpit.